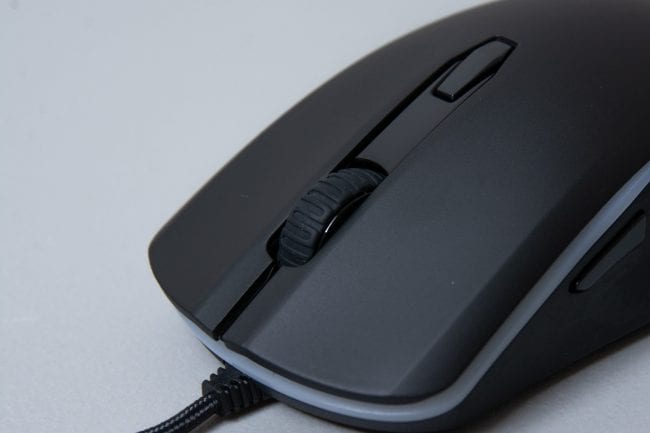 HyperX has kept the Pulsefire Surge’s design reasonably minimalistic. It is a symmetrical mouse with an RGB light show like no other.  Now, I am a right-handed mouse user, so I do find it weird to use a mouse with my left hand, but it wouldn’t be impossible to do. I am not sure how a left-handed person would like the placement of the side mouse buttons though. I think one would make use of their ring finger to trigger them as opposed to your thumb like you would when using it right-handed. The mouse felt fine in both a claw hold and a palm hold.

The left and right mouse buttons respond well thanks to the Omron switches and register quickly and accurately. The DPI selection button, which is behind the scroll wheel, is a bit further back than I am I used to with gaming mice, but it would be good to minimize any accidental sensitivity changes while playing your favourite game. The scroll wheel itself moves nicely, not too quickly and yet not too clunky and it is slightly textured to ensure your finger doesn’t slip off when you go to use it. 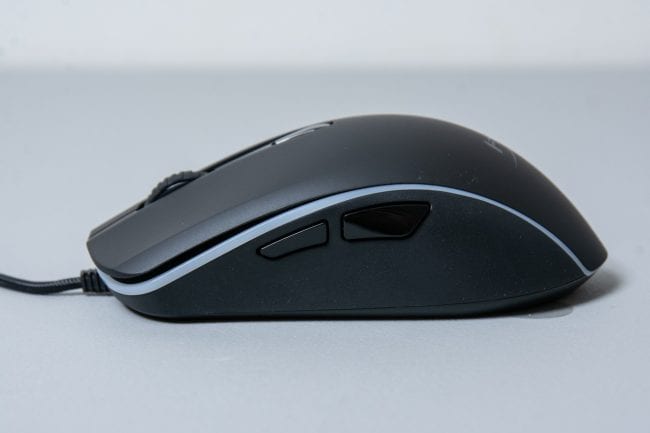 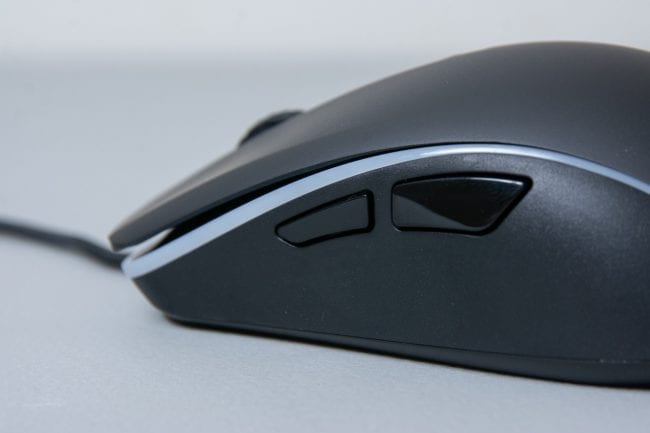 Moving along to the side profile the two thumb buttons are easily accessible and yet in an excellent place to help eliminate any accidental button presses. There is enough room below the buttons to rest your thumb comfortably. You will notice as I rotate around the mouse in the next few photos, that the RGB light strip follows the contours of the mouse. 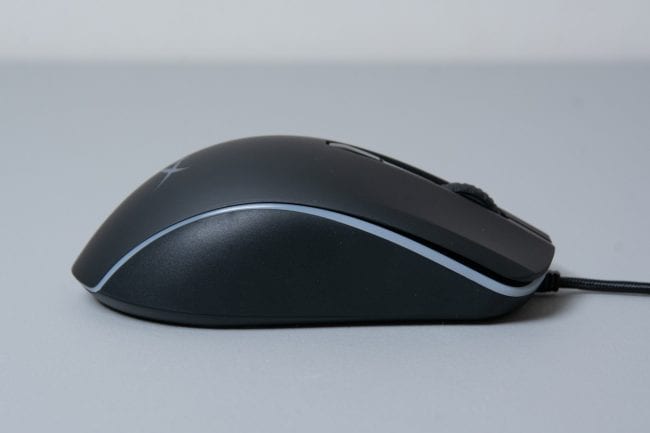 The other side of the HyperX Pulsefire Surge has nothing special going on, just the continuation of the RGB light strip. 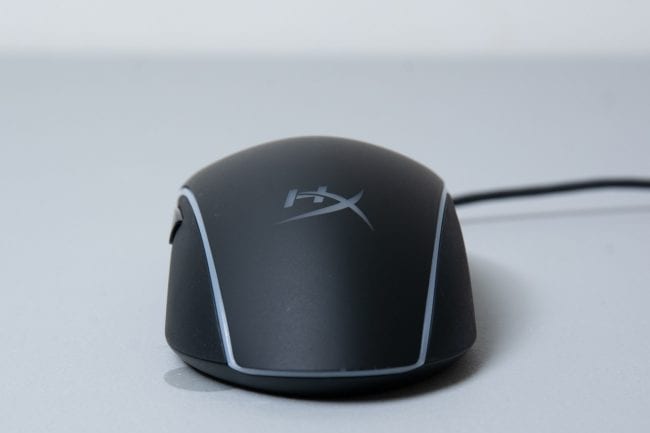 On the back of the HyperX Pulsefire Surge, the RGB lighting wraps around. The HyperX logo receives a similar RGB treatment as well. 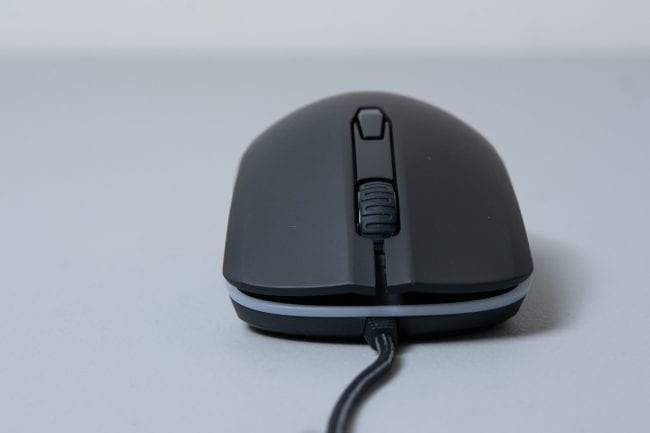 Head on with the HyperX Pulsefire Surge. The braided USB cable aligns of course with the middle of the mouse as one would expect. The symmetrical design clearly shown here would allow for a left-handed or right-handed user. 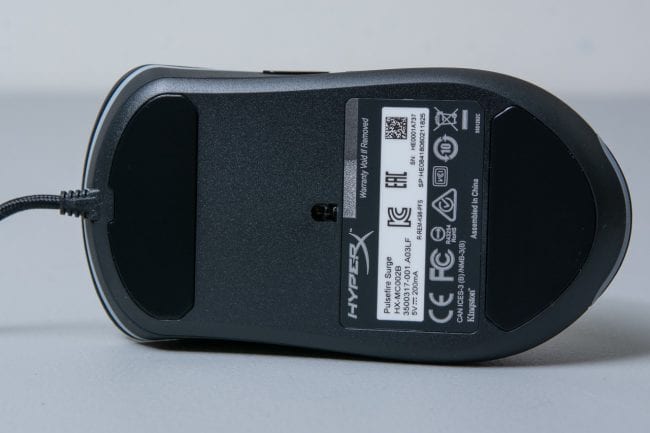 The bottom of the HyperX Pulsefire Surge is magical. Okay, perhaps not entirely magical but with the large sliding surfaces at the front and back you can rest assure that the mouse will glide along the surface nicely. Though, so far my favourite design for the gliding surface of a mouse has been that of the Patriot Viper V570 with its ceramic feet. Those ceramic feet can glide effortlessly on ANY flat surface. I would hope to see more gaming peripheral companies make use of that technology.