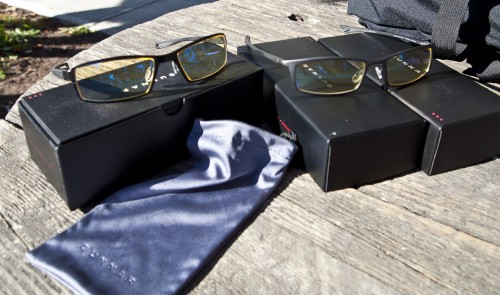 Gunnar Optiks is a company that creates something called digital performance eyewear. In a nutshell they are specialty glasses that incorporate a number of innovations that make your eyes much more comfortable when spending a lot of time in front of the computer. In addition to that, they also enhance the picture by incorporating a mild prescription that magnifies your screen slightly and the special coating brings out the vibrancy and richness of colors. That’s something that appeals to not only the Futurelooks crew, but computer users all around the world.

Gunnars also creates glasses for outdoor wear, which pays homage to the management team’s “Oakley Roots” and they even create glasses for use with the new generation of 3D displays.

A little while ago, we had a chance to sample a couple pairs of these glasses and take them for a full work out. Michael Kwan and Stephen Fung took them out and spent hours gaming with them, typing with them, and working the many social media channels like Twitter and Facebook. Check out the video below to see what they thought of them!

Featured in the video are Gunnar Optiks Wi-Five Amber’s which were evaluated by Stephen and the Phenom’s Onyx Ambers evaluated by Michael. One small errata is the width of the glasses quoted by Stephen which should be 130 – 137mm (not 30 – 37mm). Both pairs of glasses are available for prescription fittings but as cautioned in the review, it is important to get the fit absolutely right for best possible results. This addresses the “contact lens” point brought up by Michael but the relative “cheapness” of the glasses may not be optimal for an expensive prescription.

Here are Michael and Stephen’s final thoughts on their respective eyewear choices: 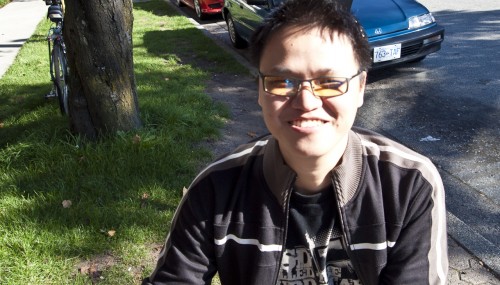 Since I do what I do for a living, I spend an inordinate amount of time in front of the computer every day. Eye strain and eye fatigue can be pretty problematic, so it’s good to see a product like this address that kind of concern. It can take some time to get used to the Gunnar Optiks “performance eyewear,” but I did find that my eyes were less tired after extended sessions in front of the computer screen.

The overall build quality isn’t quite as good as I had hoped it to be, but it doesn’t feel like it’s going to fall apart in your hands either. At the very least, they used metal for the construction and, as a quick addendum to the video, you can get them with prescription lenses too. That should help all the people who already wear glasses. 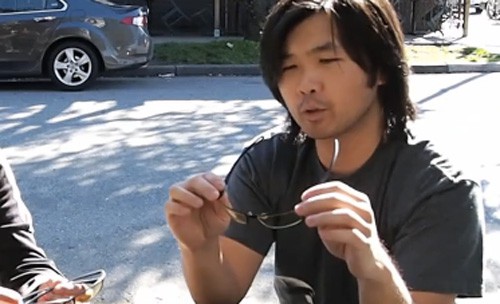 Overall, the glasses did do what they claimed to do which is reduce fatigue and increase clarity in front of your computer display. However, the quality of the glasses and the fit were downers for me. At $99 US (or around $50 US on special at some retailers) the Wi-Five’s are definitely an impulse buy but do make sure that you try the glasses on before buying so you can avoid the discomfort that I experienced after wearing the glasses for long periods of time. The fit also compromised the performance of the lens geometry because I could literally see myself staring back at me.

While wider and more varied fits are available within Gunnar Optik’s line up, the cost increases dramatically to $189 US when looking at the wider end of the fit spectrum. The widest glasses are the 142mm “Halogens” which might be an acquired taste in terms of style. The better looking 139mm “Stylus” glasses also sit in the same price point. Both of which appear to be much higher quality in terms of build and would be good candidates for their prescription program if you are looking for a completely custom glass.