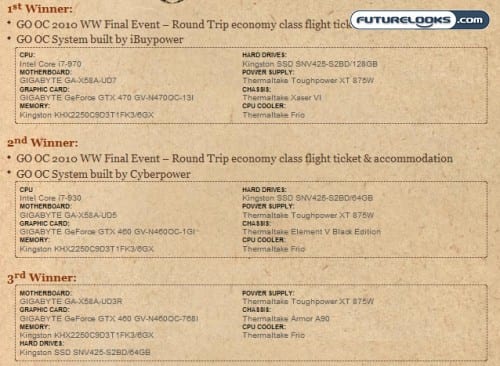 Among the prizes were three complete systems for the 1st, 2nd and 3rd place winners. The top two placings get paid travel to the world championship main event in Taiwan where the GOOC finals take place for all the overclocking glory. We wonder how long those systems will sit in their plush computer cases before being gutted for more overclocking craziness. 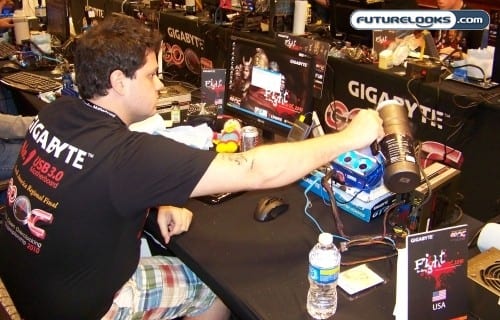 After the LN2 clouds clears and the CPUs settle, it comes down to two things: luck of the draw in terms of silicon quality and the competitor’s own prowess to find the best settings.

Many competitors pushed their Intel Core i7-980XE processors to 6GHz and many a HyperX 2250MHz kit ran timings much lower than specs. All of which contributed to final scores that make or break the competitors.

As expected, a few other competitors fell victim to their own efforts and killed motherboards and crippled processors. That’s part of the risks involved with this kind of overclocking whether in competition or at home. 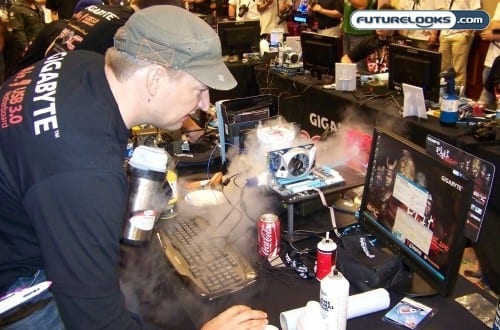 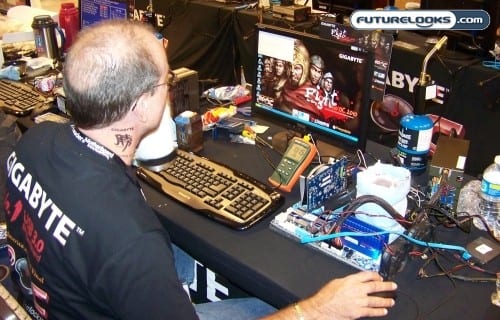 The best combination of hardware fell in favor of three competitors. Sno.Lcn took 1st place with the highest overall points, MikeGuava was very close coming in 2nd place, and Ross secured 3rd place. If you recall, Sno.Icn was second last year at the LA stop of the event so it was definitely a great moment for him and all the other competitors. 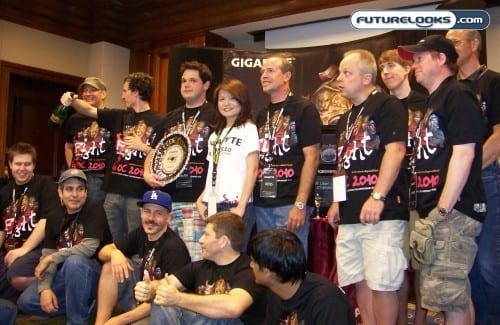 Thanks again to GIGABYTE, Intel, Thermaltake, Kingston, CyberPower, and iBuyPower for putting on such a great leg of the GIGABYTE Open Overclocking Championships. By creating events like this, GIGABYTE hopes to help consumers, gamers, and enthusiasts alike understand that they’re hard at work creating the ultimate platforms for today’s end user. It definitely gives us a glimpse into the future of computing as it shouldn’t be long till was see five or six GHz chips in our own systems.

Stay tuned to the GOOC 2010 Website for the grand finale in Taiwan where champions from around the world compete with the best of the best for ulitmate overclocking glory. There’s definitely going to be some sub-zero, processor speed record setting at that final championship showdown.  In the meantime, check out the many extra photos in the gallery on the next page and stay tuned for our videos from this event on our YouTube Channel.