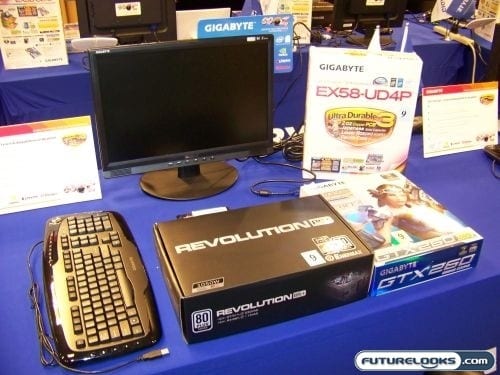 Every competitor starts on more or less a common playing field. These include the basics like CPUs, motherboards, video cards, power supplies, RAM, Solid State Drive, and USB pen drives for flashing those BIOS. Here's a more specific rundown below:

No cases are used as most of the CPU cooling hardware will not fit in any conventional case. Not even an Antec Skeleton or a HighSpeed PC Tech Station. Those toys are for mere mortals and you'll see why as we bring you some photos of the competition in progress. 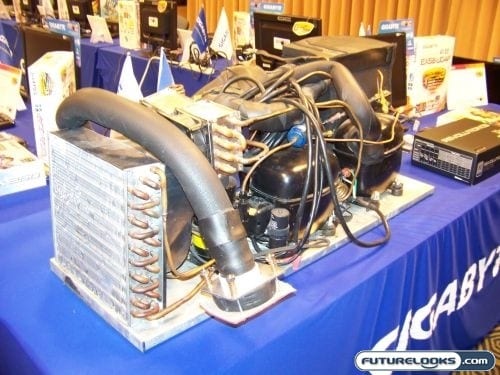 Aside from the common supplies that each competitor receives, there are many innovations that make their way to the competition. It's big, bad, and ugly and also a three phase, phase change cooling system belonging to Fugger, one of the better known North American competitors. This contraption can produce temps in excess of -75 Celsius. This kind of cooling allows him to force feed a CPU large amounts of voltage in order to maintain super high frequencies.

Chances are that this cooling system will out perform the computer hardware underneath it. However, in the end, the task is simply to see just how far you can get before catastrophic failure. We fully expect to see a few components break. 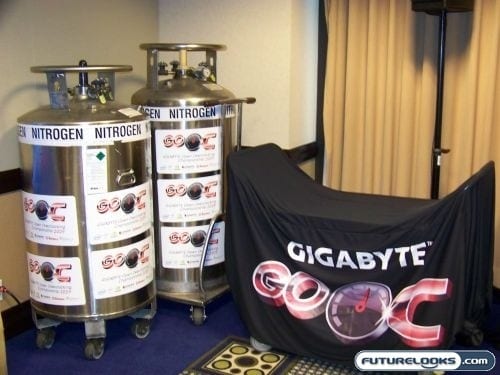 Stay tuned as we bring you some more insight in to the world of overclocking. We're sure many of you want to know why these people do what they do and most importantly how they do it. The answers will surprise you. Now, where did they put the room key for the hardware room? =)