Search
Home
Reviews
Prev7 of 8Next

It’s no secret that GIGABYTE boards overclock like crazy which is part of the reason why the GIGABYTE Overclocking Open Overclocking Championships (GOOC) is so popular around the world. However, once we start talking about overclocking, we could effectively throw all the performance numbers out the window. 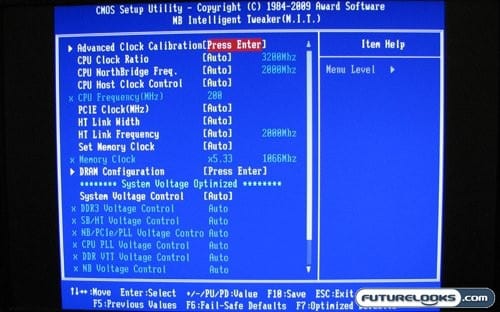 The reason is because this board is quite the decent overclocker, and has a whole section in the BIOS dedicated to just doing that. Though I’m no longer a regular practitioner in that dark art, I did decide give the AMD Phenom II 955 a push further than what was officially stickered on the box. Remember this is a brand new CPU, and is at it’s supposed maximum clock speed for it’s product line already.

Well I was able to get the Phenom II 955 to a decent 3.6GHz with fairly little effort. This was with a simple air cooler, and I’m sure I could go further given some time and some tweaking. Just to prove how much potential this board has, AMD sent me the following video, which they’ve titled “The Proving Grounds.” AMD has made it available in both HD and SD, and the video showcases an overclocker by the name of Brian (aka. Chew) pushing the AMD Phenom II 955 to various clock speeds based on this EXACT board using different types of cooling.

This eventually resulted in him reaching 6.2GHz using LN2 on the same board and CPU we used in this review. You can of course check out the two videos I’ve linked to, and then head over to this link for a full results summary from the overclocker himself. So can this board overclock? You BET it can!

AMD is definitely working it’s way back into the mainstream consciousness and their emphasis on “performance per dollar” is really paying off. Their latest Phenom II is a great performer, that offers good value when compared to Intel’s latest silicon at a price that many can afford. Many thrifty gamers will be looking in their direction for their next system, and the GIGABYTE GA-MA790FXT-UD5P AM3 790FX motherboard will make a good foundation for that system. GIGABYTE has put together a motherboard that is well thought out in it’s layout, robust in it’s feature set, and reasonable in its pricing. 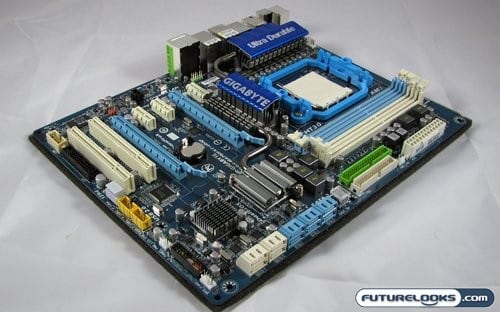 The only thorn that still sticks in my proverbial side is the lowered hard drive performance when compared to the lower end Dragon platform we used in our platform showdown. A 5MB/s drop in performance isn’t much to sneeze at when you are using the fastest mechanical hard drive available, but when you are using mainstream hardware that can be a significant drop in overall numbers. I do wonder if the drop in performance has anything to do with the extra number of SATA ports available on this board as a trade off for the added convenience of having them?

In the end, the GIGABYTE GA-MA790FXT-UD5P AM3 790FX motherboard is still a mouthful to say. However, it’s a great asset to have in your system. The features included will be helpful to most any user. It’s performance numbers are right where they should be, and it’s a great overclocker that is capable of setting world records. In fact I’m impressed enough that this motherboard is going to be the basis for the ultimate system I’ll be building for this year’s Fragapalooza LAN event.

Until then, I’m awarding GIGABYTE with our recommended award as this board truly deserves it for price, value and features.