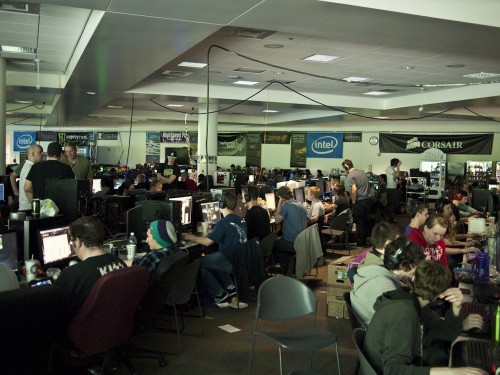 Running for over 21 editions, the InfernaLAN edition of the INTEL LANfest series took place at the INTEL Campus in Dupont, Washington this past weekend. Futurelooks Team member Eric Garay along with LANcouver Organizer, Spencer Whitney, eSports Collective’s Patrick Higaki, and I, met up for a weekend of PC Gaming at this event which ran from 8PM on Friday, June 8, till 8AM on Sunday, June 10th. Unlike other events, the LANfest series by INTEL is a collection of LANs that run strictly to help charity and for the love of gaming in general. While there were tournaments at the event, the emphasis was placed mainly on just having fun and enjoying all sorts of games that geeks love, from table games, retro game consoles and current consoles, all the way to today’s most competitive PC games like League of Legends, Starcraft II, and Battlefield 3.

To date, the LANfest series has raised over $436,527.50. The amount grows each year as more events decide to take INTEL up on the offer of running a not for profit event for charity. Here were some of the highlights of the weekend.

Some Come For The Prizes… 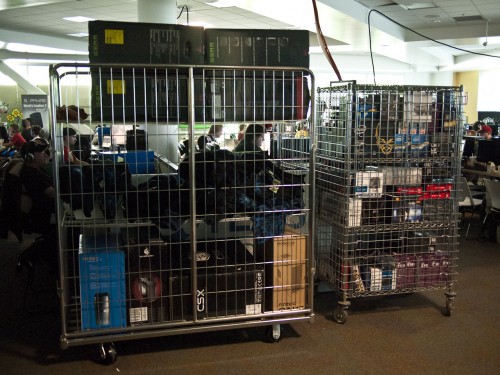 INTEL LANfest events are well known for their raffles and this one had a well stocked cage of goodies for the masses. While I was told by other attendees that the prizes have declined somewhat over past events, there were still a good chunk of prizes to go around. I mean, if the 600GB 320 Series INTEL SSD that Spencer won in the draw is a chump prize, then I’d like to be a chump.

If you do plan to participate in the raffle, and if you win, just have a good sense of humor. The organizers like to ridicule you if you don’t seem excited about your prize, or take your sweet time to claim it. If you have a “Justin Bieber” haircut or look like a punk, just admit it and smile for the camera. You won something.

Some Come For Glory… 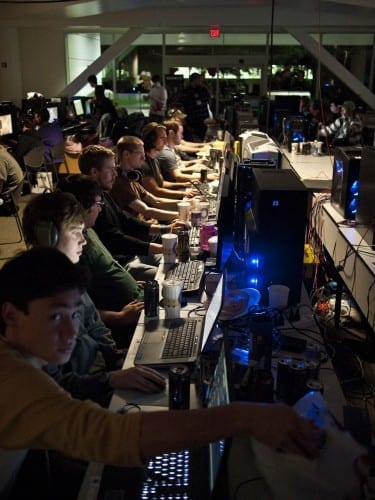 Like most LAN events, the competitions are important. While many tested their skills at the usual tournament games, there were other events such as mini-golf including a number of non PC related gaming competitions such as Rock Band and board games. You could even challenge yourself just as I did. Since I had not finished Diablo III, it was my personal challenge to finish the game, and I did. Of course, we had to kill zombies in Left4Dead 2 and it was clear that I need to work on my FPS game a bit more since parenthood has dulled my edge.

Some Come To Gawk at Cool Computers… 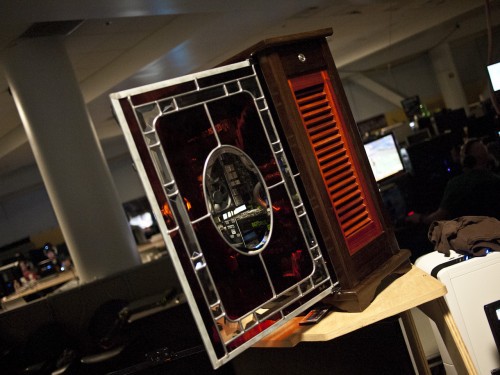 There was no shortage of great looking systems at this event. From some wild case mods to some very tastefully done high end water cooled and air cooled systems, you’ll definitely be satisfied with the eye candy. Walking around, everyone that had something special was more than willing to talk about it and share their build logs on what it took to get to the end product. The system above was definitely one of the highlights of the event.

Most Come For The Social… 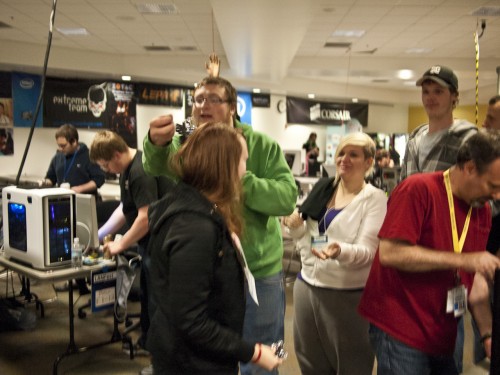 At the end of the day, you end up making new friends, meeting old ones, and maybe even seeing people you’ve known forever online, in real life. While the prizes, competitions and the cheap food and unlimited pop and coffee were fantastic extras, the bottom line is that it was a real win for just hanging out with people that share your interests. If you want to hone your skills on your favourite game, or just get into a multi-player match, there’s always someone there willing to play. I was approached a few times myself to see if I wanted to team up. It’s a good thing they don’t know how much I’ve turned to suckage due to lack of pratice.

And what better way for a family to have fun than together at a LAN event. Eric brought the wife and kid and so did many others. It was definitely cool to see and gives me hope that there is a next generation waiting in the wings to run the LAN parties of the future.

In the meantime, please feel free to check out the photo gallery below and if you’re in that gallery, let us know in the comments or on our Facebook or Twitter. As for the next event, we all know that LANcouver is coming up soon so if you haven’t checked that event out, go do it now. Futurelooks will definitely be there to spread the love for all things computer! See you at the next LAN!

Help Us Improve Our Blog Posts By Leaving a Comment Below!