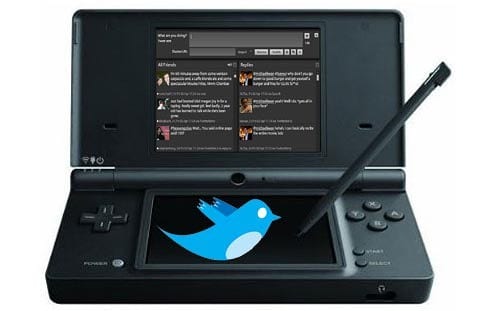 Twitter has absolutely exploded onto the scene in the last year or so, not only being used be savvy social media enthusiasts, but also news outlets, sports professionals, and Hollywood celebrities. When everyone from Shaquille O’Neal to Martha Stewart is on this thing, it’s pretty obvious that Twitter has gone mainstream. Even Futurelooks has it’s own Twitter Profile.

Everyone is microblogging their thoughts and interacting with the community. Some of the most popular apps on mobile platforms like the iPhone and BlackBerry are Twitter clients, since the mobile Twitter site leaves so much to be desired. As nice as Twitterfon and Twitterberry may be, they don’t hold a candle to the robust feature set offered by TweetDeck and other Twitter Desktop Applications.

Integrated TwitPic uploads, 12 second videos, URL shortening, and group management make it terrific for managing all of your tweeting desires, especially for “power users” who follow thousands of other people. Wouldn’t it be awesome if there was a Nintendo DSi version of TweetDeck? You could jump between the columns using swipes on the touchscreen or simple taps of the L/R shoulder buttons. 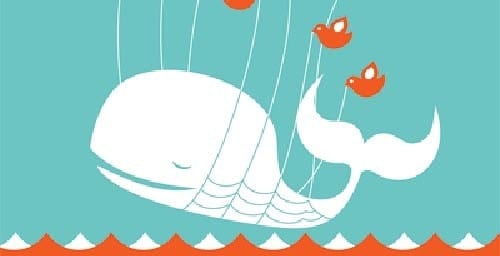 I sincerely hope that I don’t see the Twitter fail whale on the screen of my Nintendo DSi, but I do want to see a proper Twitter client of some kind released for Nintendo’s WiFi-connected handheld. Tweet at school, at Starbucks, and while at the airport without racking up SMS or data charges on your cell phone. Upload TwitPics using the integrated cameras. You’ll have your DSi with you anyway, right? 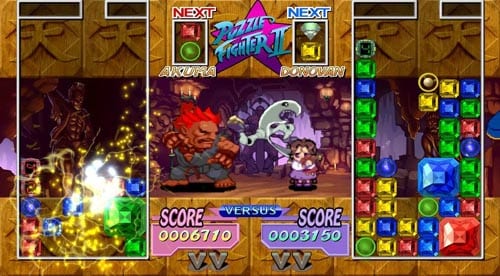 Not everyone is going to agree with me here, but arguably one of the greatest puzzle games to ever be released has to be Super Puzzle Fighter II Turbo. It was so good that Capcom didn’t even bother releasing a Puzzle Fighter I or a non-turbo edition of SPFII. Maybe it was a tongue-in-cheek attempt at self-mockery. I don’t care. Puzzle Fighter is freaking amazing and it’s still the game that gets the most play on my DS Lite, despite being released as Game Boy Advance game.

And therein lies the rub. One of the sacrifices that you’ll need to make should you choose to upgrade from a DS to a DSi is that the latter lacks a GBQ slot. As such, you will not be able to enjoy that classic library of titles directly.

I have a feeling that Nintendo can make a fair bit of profit repackaging old GBA games in the form of DSiWare. It’s a harder sell to buy a new retail boxed DSi game that’s just an old GBA title in a thinly veiled disguise, but a cheaper DSiWare title can be an easy impulse buy. I’d pay ten bucks for Super Puzzle Fighter on the DSi, especially if it grants access to online play via the Nintendo Wi-Fi Connection. 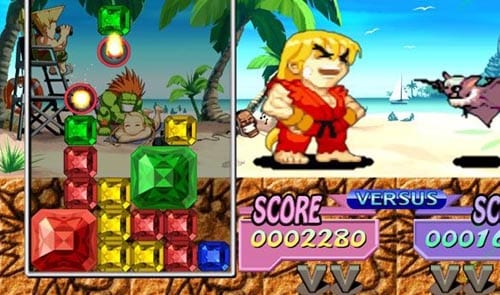 There is an HD Remix version of Super Puzzle Fighter Ii Turbo on PSN and XBLA, so CAPCOM could conceivably repackage that “updated and rebalanced” puzzle game as a DSi Remix of some kind. Look at how many times Nintendo managed to re-release Tetris in some form or another. They could do the same for Dr. Mario (as they did on the Wii) and CAPCOM could do it for Puzzle Fighter. It’s quite clear that CAPCOM has no issue with updating old franchises while heavily exploiting our desire for nostalgia. A dash of novelty mixed in with a heaping serving of nostalgic gaming makes for a huge hit.