By and large, my initial reaction to all the components was positive. There’s a lot of tough metal that goes into this thing and that makes sense, considering that it will need to support both a large(-ish) LCD monitor and a laptop without toppling over onto your table. Everything looked really solid and the central unit was wrapped in decent quality plastic for a more finished look. I did find, however, that the bracket used for attaching the monitor was pretty greased up. Not a problem for grease monkeys, but likely not a pleasant experience for other folks. 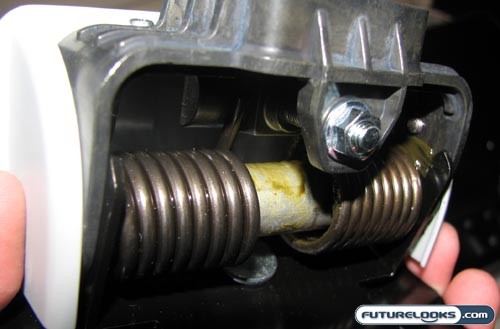 The instructions stated that you would need a 10mm socket wrench and a Philips screwdriver to put this thing together, but the former is only needed if you want to swap the arrangement of this stand. The default setting is to have the laptop on the right and the monitor on the left. If you want it the other way around, you’ll need to complete a couple of extra steps using a socket wrench. Otherwise, a regular Philips head screwdriver and the provided hex key will do you just fine. 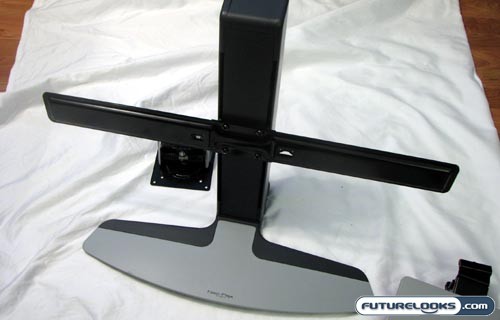 On the horizontal metal bar that attaches to the central pillar, there are little screw holes at either end, but only on one side. In one picture, it tells you to simply screw it in. In the next picture, it shows the screw holes as being oriented toward the top. As luck would have it, I put in the stupid bar upside down. After fixing that and going through the rest of the steps, I discover that it didn’t matter anyway. That’s frustration for you.

The other source of extreme frustration was through no direct fault of Ergotron. Instead, it had to do the debranded HP monitor. In order to attach the LCD to the Ergotron, I had to remove the existing stand on the monitor. The screws holding in said stand were in the most awkward of locations and they just refused to get out. I spent just as much time getting out those screws as I did for the rest of the installation process. Aside from that, it was reasonably smooth sailing.

On the Monitor Side… 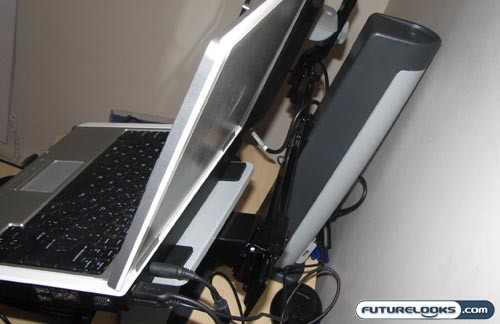 The monitor side isn’t quite as adjustable as the notebook side, and it was a little more challenging to complete the installation on my own. This is simply due to the weight and awkwardness, of course, of trying to fit four screws while holding a 20-inch LCD in one hand and the stand portion in another hand. In terms of adjustability, it allows for complete rotation, so you can have a portrait-oriented LCD if you prefer. Handy!

The relative position of both the monitor side and the laptop side can also be adjusted along the horizontal bar, based on your placement of the appropriate bracket.