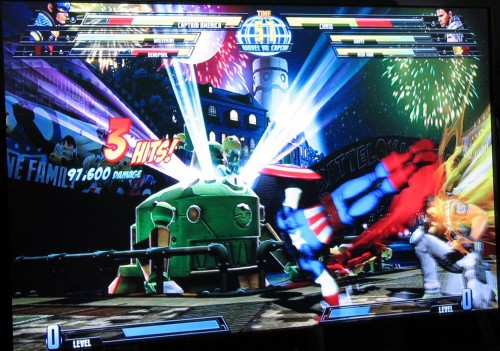 In case you haven’t figured it out, I love fighting games. That’s why I was seriously stoked about seeing Marvel vs. Capcom 3 at E3 2010 and getting my hands on the controls. I quickly confirmed that the control scheme is not at all like Marvel vs. Capcom 2. Instead, it’s much closer to the “simplified” controls of Tatsunoko vs. Capcom on the Nintendo Wii. 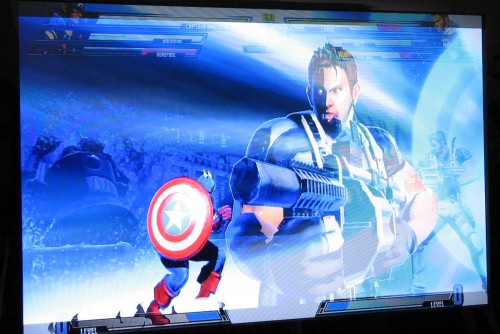 This means that you only have three main attack buttons, plus an “exchange” button and a couple of assist buttons. I would have much preferred the traditional separation of punches and kicks, like in the Street Fighter franchise, but maybe the Tatsunoko-esque controls will grow on me.

The graphics are stunning and the roster will surely get more and more exciting as more characters are announced. For now, we can get stoked over Deadpool, Dante, Chris Redfield, Felicia, and others. Expect MvC3 to launch early next year.

The Fight with Dual Move Controllers 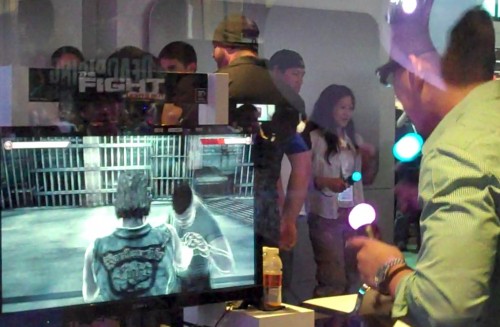 I wasn’t able to get much information about this game, other than watching the brief demo. In short, the player takes a hold of two Move wands (one in each hand) and engages in some crazy fisticuffs with an opponent.

Each Move wand corresponds to different punches, as you’d expect, and you pummel until you win. And yes, the aptly named “The Fight” apparently comes with full 3D support as well.

You can see a video montage of this and other games in this article right here on our YouTube Channel. 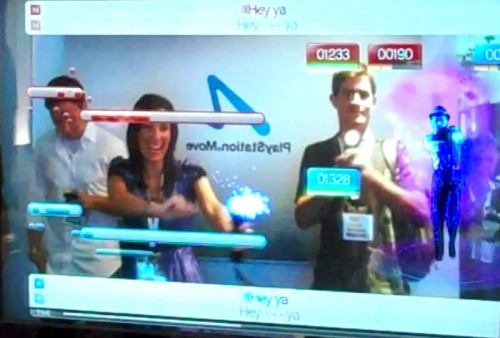 In addition to jamming away with Rock Band 3 and Dance Central, you can shake your groove thang with the latest installment in the SingStar franchise.

Previous titles in the series only got you to sing, but with SingStar Dance, a couple of your friends can shake their moneymakers too. In the demo, I watched two “teams” of players face off against one another in the same song. Each team consisted of one vocalist and one “dancer.”

And I do use the term “dancing” quite loosely, as that player uses the PS3 Move wand to mimic certain movements on the screen. This is similar, you could say, to Just Dance on the Nintendo Wii. Except you get to sing too.