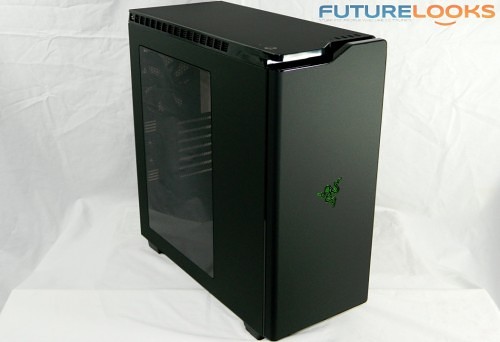 NZXT and Razer have collaborated on a new case bearing the peripheral manufacturer’s name and styling. Instead of reinventing the wheel, they took the award winning NZXT H440 (see our review) and have a “Designed by Razer” edition of the case. It will continue to off the best features of the H440, with cosmetics that are unmistakably Razer. This includes a mainly jet black color scheme, accented by the Razer emblem, along with a lot of green lighting. We got our hands on the NZXT H440 “Designed by Razer” Edition before it ships out to the public. Here’s what we thought.

A New “Designed by Razer” Look On The Outside

The NZXT H440 “Designed by Razer” Edition enclosures shares the same internals as the original, from the hardware support to the sound dampening, but that’s not what’s special about this case. You can already see that it’s a little different than your standard run of the mill H440. It’s even more special than the “green and black” H440 that the company already sells. 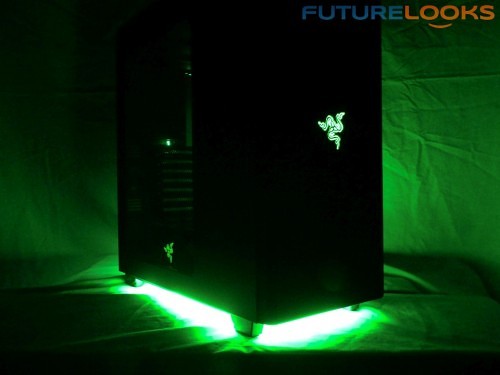 For starters, the Razer design starts with the backlit logo and the change to green LED lighting in the rest of the chassis, from the green glow on the underside, to the LED’s in the lighting area. All NZXT badging has been removed in a full Razer branding sweep. And with the matte black paint, the rest of the case disappears in the shadows. 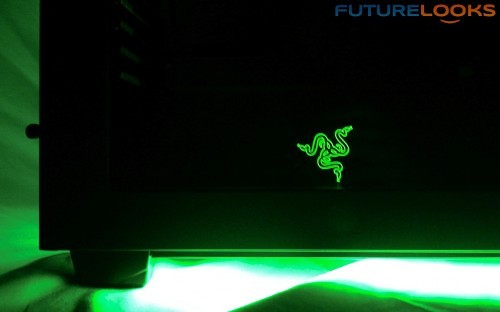 The Razer branding carries through to the PSU cover, which is normally emblazoned with the NZXT logo. The cover is painted to a matte black, and equipped with another LED backlit logo. 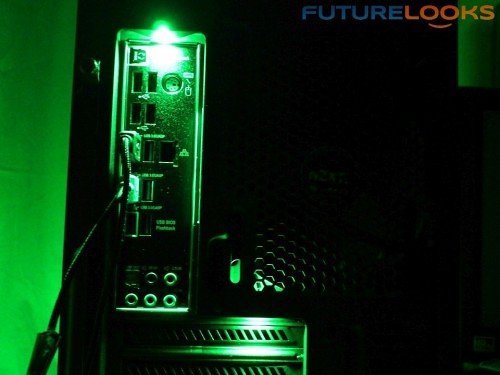 As mentioned earlier, the Razer branding continues with the liberal use of green lighting, even in the IO area where NZXT pioneered the feature back with the Switch 810. These two have been changed up for a nice bright green LED. 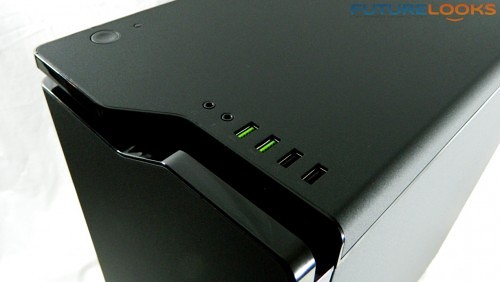 Finishing off the Razer branding, NZXT has also taken the usual Blue USB 3.0 ports, and have changed the usual blue plastic inserts, to green, in likely what is probably a very limited production run. You don’t see too many green accented USB 3.0 ports out there.

In terms of accessories, this is the only place where you really see the NZXT branding, and this is also one of the very minor criticisms of this branding exercise. The company usually goes all out to give users the complete Razer Experience when opening one of their peripherals. I feel this is a bit of a cop out, and it would have been awesome if Razer and NZXT completed this package with a fully branded accessory package, instead of just adding a couple stickers. 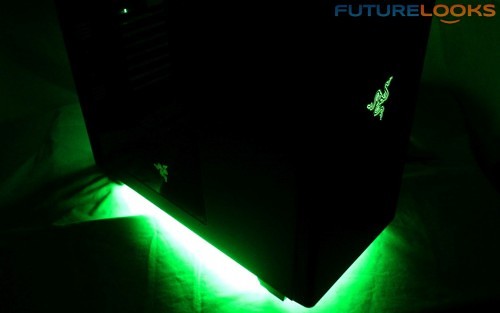 The NZXT H440 is still a case that we feel is in a league of its own. It’s a great combination of features, design and price, no matter which color you select it in. But has the Razer partnership improved the NZXT H440 in any way? Other than aesthetics? Probably not. But PC enthusiasts love choice, which is why so many companies can exist in the ecosystem.

The backlit Razer logos, the green underglow of the chassis, and even the replacement of the rear IO LED to green too, all add an unmistakable brand awareness to this chassis. It’s very much like seeing a custom modded tribute case, but it’s one you can buy for yourself, without all the hard work. About the only thing we’d like to see improved, is perhaps a variable control, just in case we want to tone down the green glow a bit. The green USB 3.0 ports are also a nice touch.

In terms of PC DIY friendly features, Razer left that up to NZXT, and so it was left alone. The H440 itself is already short of any flaws we’d improve on. But as mentioned earlier, it would have been nice if the branding transformation was completed, with a black and green accessory package, wrapped in matte black Razer cardboard stock.

The “Designed by Razer” NZXT H440 can be pre-ordered from official Razer retailers for $149.99 US, which is only $40 – 50 more than a standard H440. Considering the time, effort, and money it would cost to do these same mods yourself, we think it’s worth the price. And with likely a limited quantity, you’ll have one of the rarest NZXT H440s at the next LAN party.