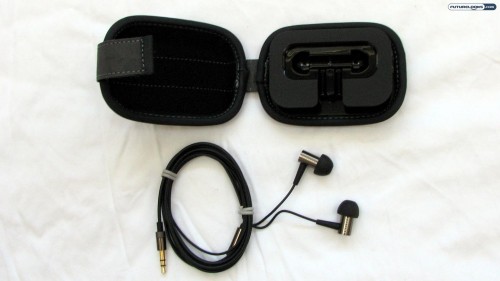 The little things are what make a world of difference and I was quite pleased with the design of the included travel case. It’s not perfect, to be sure, but I like how there is a plastic mold in the center designed specifically to fit the drivers. The core wraps around this center section easily and the whole thing closes up with a simple placing of the Velcro strap. I would have much preferred a zippered enclosure like the one found included with the Future Sonics Atrio Series (but at $199US we’d expect some extras).

However, as the current design is still “open” along three edges we would have preferred a bit more security for all the little pieces that come with these earphones. 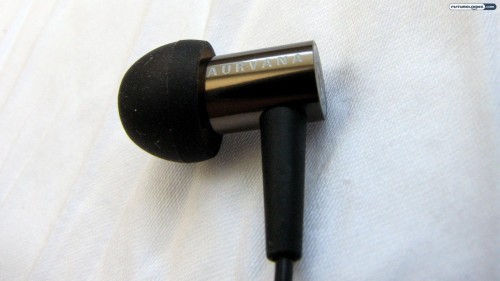 Ultimately, this is the category that matters the most when it comes to premium earphones. To put it through its paces, I tried listening to a variety of music both on my Apple iPod and through my Dell laptop. When put through the iPod, I found the Creative Aurvana In-Ear2 didn’t sound very loud when compared to some other headphones. The audio performance with pop and rock songs, which focus mostly on the midrange, sounded just fine though. While we often make the mistake of associating louder with better sounding, it’s the detail that counts in the mid-range.

Unfortunately, the same could not be said about hip hop and some other genres where heavy bass is more important. Despite claims of “punchy” bass, I found the Aurvana In-Ear2 to be anything but impressive. This points to a set of drivers that simply does not mate well with devices that don’t put out as much signal as needed. Since the majority of devices that would be used with these headphones will be of the portable variety, this greatly decreases the number of devices that the Aurvana’s will sound good with.

Trying the same songs through the headphone jack on my PC, the volume was better, but the bass was still lacking. I also experienced some distortion at the higher end of the pitch scale. This is indicative of a lack of range or a sufficient amount of time for driver break-in, despite playing them without ears in them for a good day before initial listening tests. This piece of information however, is not in the manual.

The Creative Aurvana In-Ear2 is definitely a step up from the el cheapo $10 headphones you find in the clearance bin, but they’re not up to snuff with other $100 earphones in the premium market. I thought the headsets from Arctic Cooling may have even been better despite a slightly lower price point. 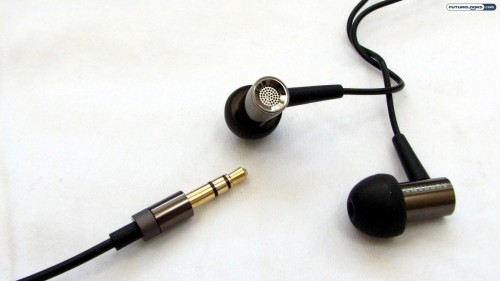 You don’t have to break the bank in order to get your hands on a decent set of earphones. You could get a better experience with $300 headphones, but the average non-audiophile can get away with something in the $100 sweet spot. Some headphones even sound good in the slightly lower category as we’ve found with products like the Arctic Sound and the Radius Atomic Bass. Both of which double as headsets for your cellphone or PC as well.

And that’s where the Creative Labs Aurvana In-Ear2’s seem to fall. However, when I’m dropping a cool hundred on something like this, I expect to get better performance than what the Aurvana In-Ear2 was able to provide. They’re not bad, but they’re not $100 good either. They also aren’t friendly with lower powered portable players like iPods. They clearly have a bias towards Creative’s own offerings or other less ubiquitous media players like the Microsoft ZUNE or the Archos players which seem to push more signal through the earphone jack.

The Creative Aurvana In-Ear2 premium earphones have an MSRP of $99.99US and are available now through major retailers like Amazon.