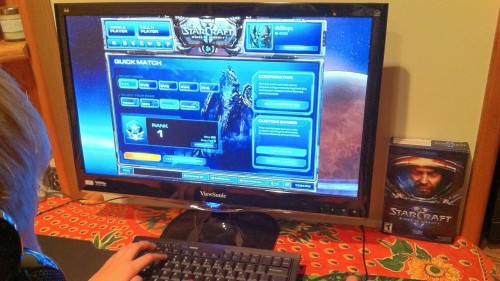 So we’re almost a year into the so-called next generation of console gaming and things are looking not all that revolutionary. They’re barely even looking evolutionary. Sure, there were interesting titles at launch for the two major consoles, and even some nifty recent releases, but this generation has been more ho-hum than hair-raising.

Meanwhile the house that PC gaming built looks like it’s now in full party mode. All sorts of exciting events are spilling out onto the street and we can’t help stand there with our mouths agape in both excitement and amazement. “And what is it we’re seeing?” you may ask? Well, there are five very specific things that seem to be causing the PC gaming star to rise once more.

I could almost just point at the picture to make this point…almost. That’s an overview from the 2014 League of Legends World Championships in Seoul, South Korea. That event managed to fill up Sangam Stadium, the same venue that hosted the 2002 FIFA World Cup.

Now, you may throw up the argument that eSports is huge in Korea, with Korean players getting the same treatment as many big-4 sports stars in North America. I’d then point out that a previous League of Legends World Championships event completely sold out the Staples Centre in Los Angeles, a venue that is home to the LA Kings of the NHL and the LA Lakers of the NBA. With 2 of 4 big sports covered, League of Legends is in good company.

It’s not just about the crowds though. eSports is big business as well. The aforementioned 2014 League of Legends World Championships drew in all sorts of sponsors, and not just PC companies. We’re talking mainstream corporations like Red Bull, with coverage being provided by the likes of ESPN. Pro gamers can actually make a living now, with the best making a pretty good living, not unlike their sports star counterparts.

As for the games played, League of Legends is big, but it’s not the only title. Valve’s Dota 2 is also very popular with its championship events pulling huge crowds and big purses. The International recently made headlines with its multi-million dollar, crowdsourced prize pool. The professional popularity of Counter-Strike: Global Offensive is also on the rise, with big events being held in Europe. These are all games only found on the PC.

The PC Is the Place for a Carte Blanche Gaming Experience 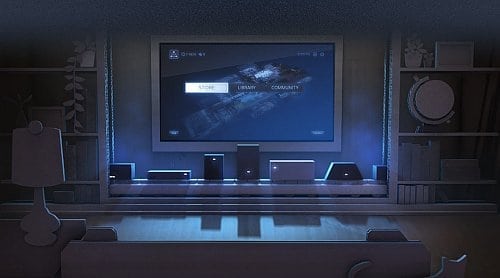 The Internet has become a huge component of gaming with the past two console generations, but it was the PC that planted those seeds. Digital distribution has only been a part of the previous generation of consoles, with gaming stores available on both the PS3 and Xbox 360. On the PC, digital distribution has been a foregone conclusion for acquiring new games for almost a decade. Steam has been the big player for the majority of that time period, but it isn’t the be all and end all.

Good Old Games exists to scratch your classic gaming itch, and Green Man Gaming is there to provide an alternative to Steam both in pricing and title availability. These options highlight the openness of the PC platform, allowing you to pick your experience. With the consoles you’re locked into their ecosystem and platform. That doesn’t just stop at gaming titles either.

If you like a title and want to interact with its community, you can indeed do so on the console, as long as you’re interacting with the community built into that console. You can’t really talk to Xbox One players from your PS4, not without using a PC. The PC is the place where social interaction in gaming tends to flourish, and this benefits PC games the most, since the tools are there and can easily be accessed. While the Internet is available and usable on modern consoles, the PC still provides the best, most customizable experience.