As you may already know, I’m a pretty big fan of fighting games, especially those from the Street Fighter series. This is probably because Street Fighter II is what really got me excited about the genre in the first place (I know I can’t possibly be alone). Mad Catz is capitalizing on this by releasing a series of controllers to coincide with the upcoming release of Street Fighter IV. 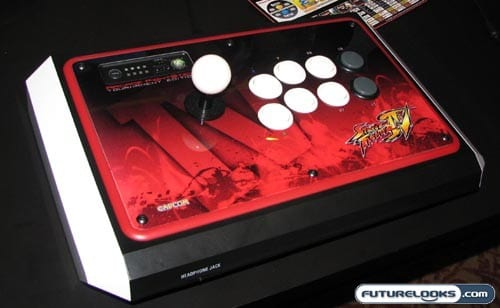 As if gaining access to Sheng Long wasn’t already enough to get you excited, the limited edition Mad Catz FightStick Tournament Edition brings the arcade experience to the Xbox 360 and PlayStation 3. It uses the exact same components that you would find in a real arcade cabinet, much like the previously reviewed X-Arcade tanksticks.

Other notable features include turbo programming, start buttons located on the back, and the ability to lock the Xbox/PS button panel. This way, your buddy can’t “accidentally” hit the Xbox button to interrupt your massive combo sequence. Be prepared to pay around $150 or so for the FightStick Tournament Edition, assuming that you can even find one of these limited edition controllers.

For those on a tighter budget, there is also the regular FightStick. It doesn’t use real arcade components and it’s definitely doesn’t stand up to the Tournament Edition in terms of weight and build quality, but it’s also about half the price. You still get some of the nicer features like the start button location and lockable Xbox/PS buttons, but there is a definite sacrifice in quality. For the slightly less hardcore, however, it could provide a suitable alternative to something like the Hori Fighting Stick. 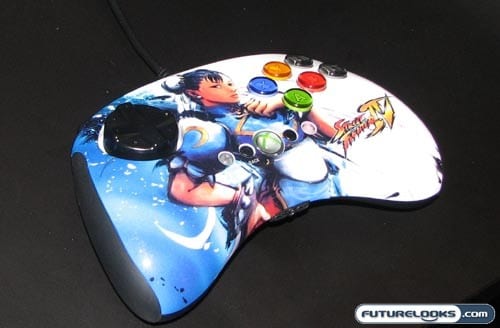 Going further down the scale are Mad Catz Street Fighter IV controllers that are more like your usual Xbox controller. The difference is that you get six face buttons and only one directional pad. There are no analog sticks. To accommodate other fighting games, you can map the single d-pad to the Xbox d-pad, the left analog stick, or the right analog stick.

When you get into the world of video games, the investment doesn’t end with the purchase price of the console itself. In addition to buying an assortment of actual video games, you may be tempted by the huge variety of video game accessories as well. Looking beyond the first-party controllers and charging solutions, you can find a lot of great stuff from third parties. 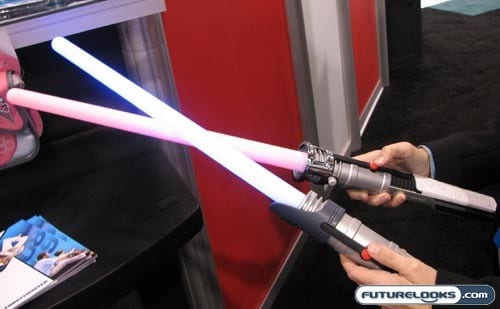 You can really get into Star Wars: The Force Unleashed by nabbing a lightsaber attachment, for example. dreamGEAR has one that even emits the lightsaber sounds when you swing it and it has also been designed to accommodate the upcoming MotionPlus attachment coming to the Wii from Nintendo as well.

While some video game accessories, like the Wii Music attachments shown here, are little more than plastic shells with clever marketing, other accessories are really great options for giving a more authentic Rock Band experience or improving your FPS performance, among countless other things. Check out the gallery on the next page and don’t forget to stay tuned for more CES 2009 coverage.