Search
Home
Reviews
BIOSTAR Hi-Fi Z97Z7 ATX Motherboard Review
As far as affordable Intel motherbords go, the Biostar Hi-Fi Z97Z7 is worth its cost given its features and price.
Pros
Cons
2015-06-12
8Overall Score
Prev3 of 4Next

After installing the software bundle, for some odd random reason, the TOverclocker software wouldn’t work with the lab patched OS-benchmark image. However, TOverclocker worked with a standard Windows 7 and Windows 8 installation which is important to enthusiasts.

Increasing the Active Core Ratio Limis to 47 and upping the CPU clock took our system to about 4.75 GHz relatively easy. The BIOS route allowed just over 4.8 GHz. That’s just about par for the course on the very hot Devil’s Canyon processor on air cooling. 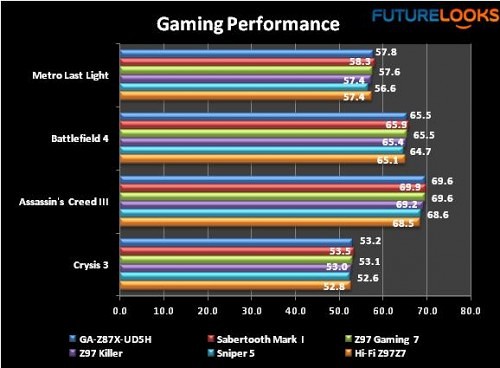 Well, this answers the question as to how well the Biostart Hi-Fi Z97Z7 handles gaming. Unfortunately, we don’t have any worthy AMD CrossFireX capable video cards to really test the dual card function. 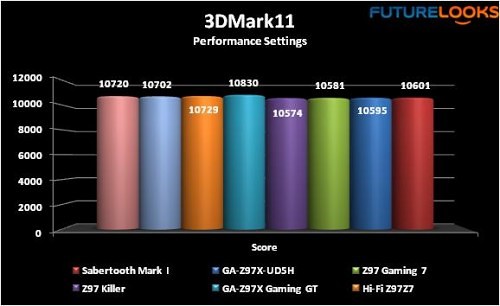 It’s not really completely a CPU benchmark but it does show us PCIE performance which is part of the motherboard’s back bone. 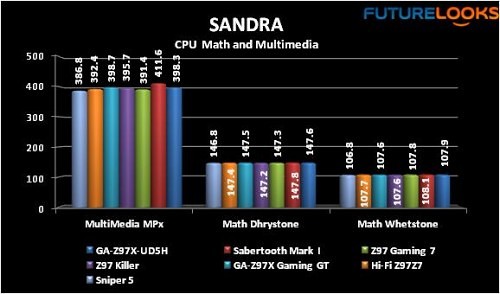 This time around, math computation is closer as it’s all CPU for the most part. However, multimedia bandwidth (megapixels) differs with the platforms thanks to extra features. 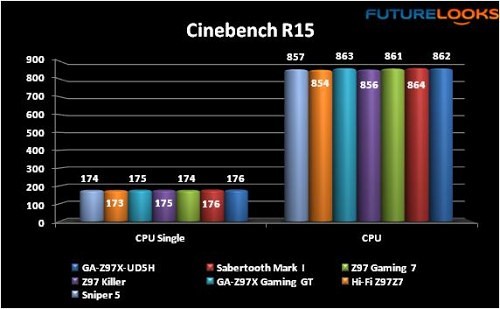 The fight is pretty close among the platforms. CPUZ revealed a slightly slower max turbo during testing which could account for the lower score. 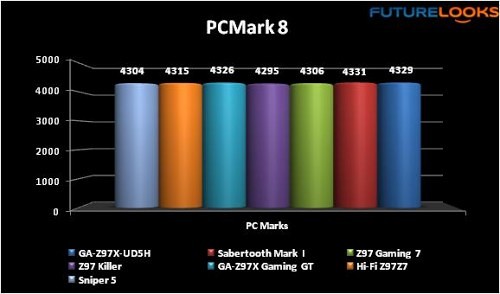 Overall, it’s a close quarter battle. The most feature rich boards will score higher. The point here is to make sure the platform performs respectably which it does.