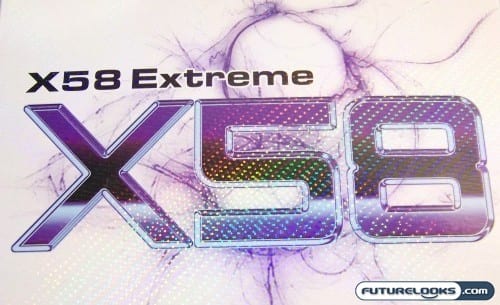 It’s been well over 18 months since I last had the privelage of working on an ASRock motherboard that supported Intel processors. At that time, the Core 2 Processor was king of the hill. Even then, their affordable motherboards did quite well measuring up to the competition in basic performance. Unfortunately at the time, ASRock wasn’t exactly pushing their platforms out for the enthusiasts. But, just like all things tech, their image has continued to evolve.

With Core i7 being the hot platform of the moment, pricing makes budget platforms appealing as well as profitable.  That’s an area ASRock has repeatedly found to be a great place to market since we can’t all afford $250 plus motherboards to go with our Core i7 processors. That’s why the under $200 price of the ASRock X58 Extreme is such an attractive proposition.

When checking out the specs, I had to make sure this was indeed an ASRock board. It offers many of the same performance specs as some of the upper echelon, uber-overclocking motherboards out there. The first thing that stood out is that it supports Intel 3500 Series Xeon as well as the Core i7 processors. What’s the difference you ask? Not a whole lot other than the fact that the Xeon is tuned to better handle Server based applications whereas the Core i7 is geared towards the desktop. 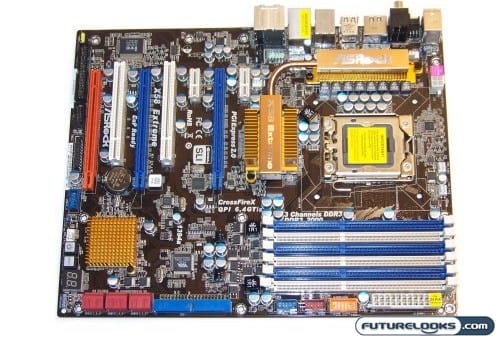 The X58 Extreme fully supports nVidia SLI and ATI CrossfireX video cards. It’s built into the BIOS and just requires an SLI bridge to function. You’ll find that besides the two blue 16x PCI Express slots, there are two 1x PCIX and two standard PCI slots making this an ideal platform for peripheral lovers making the move to Core i7.

Since the X58 Chipset has been such an eager performer, it’ll not suprise you that the X58 Extreme supports Triple Channel 1066 MHz up to 2000 MHz DDR3 memory. Sure, the specs say “Overclocked”, but that’s common on any X58 platform. And to compliment this, you’ll find Instant Boot, Instant Flash, Smart BIOS, OC Tuner, and Intelligent Energy support.

The integrated audio is yet another Realtek ALC890 7.1 HD Audio Codec. This is essentially perfect for users who can’t afford or don’t really need third party audio. The ACL890 offers acceptable performance if all you really need from your audio is basic use and  gaming. However, it continues to be a dream of ours to see Realtek start offering something with better quality playback.

One of the newest features, is that the X58 Extreme supports EUP standards. When coupled with an EUP supportive power supply, the system will meet European energy conservation standards. That’s welcomed news for the EU folks who like to keep power consumption at a lower standard.

After a couple quick precisely positioned hacks of the trusty Katana, the product box lay opened ready for closer inspection. (We’re going to need a new box if that tells you anything about my sword skills.) Also, the box makes a pleasant impression and product presentation with some new graphics. 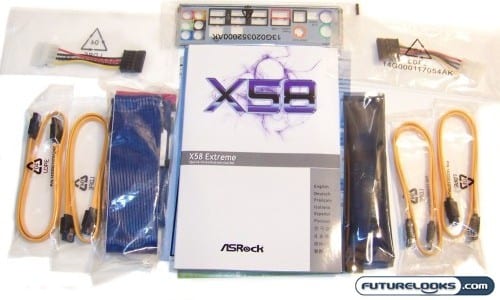 Inside, besides the motherboard, you’ll find blue ATA and black floppy cables. People still use those? (:P) Also, there are four orange SATA cables and two SATA power adapters which can come in handy if your older PSU doesn’t support them. And finally, a colorful IO Shield is included amongst the Manual, product literature, and Driver Disc.

The Driver Disc contains a few useful files, besides drivers, such as Instant Boot (for quick booting from a powered down state), Norton Internet Security (you definitely need this if you don’t have Anti-Virus), and OC Tuner for quick X58 Extreme overclocking on the fly.