Without further adieu, we get on with the all important benchmarks. We’ll try to keep it brief to keep you from dozing off.

PCMark Vantage is a great benchmark for figuring out the general direction in which a board will perform. Because of its standardized nature, it makes it easy to compare against other boards. 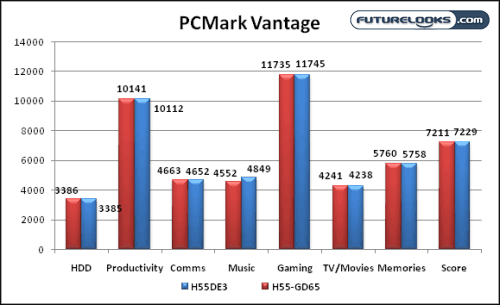 There’s a little give and take here for the most part except where Productivity and Music are concerned. Scores are often very close when using identical chipsets. It’s features like the Via VT1828S audio processor and extra resources that benefit the MSI H55-GD65 over the very budget oriented ASRock H55DE3.

Like PCMark Vantage, 3DMark Vantage gives us a good standard comparison across our test boards. Here’s what we’ve got… 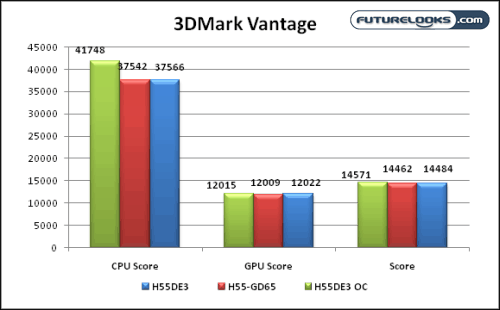 One thing we noticed is that the H55DE3 is a little more aggressive when Turbo is enabled. The platform definitely makes a noise, figuratively speaking, when the CPU is overclocked. Not too shabby a jump in that department.

SiSoftware SANDRA provides a suite of benchmarks to allow us to compare a bunch of boards with a standardized set of tests. Let’s see how well the CPU is supported on our chosen boards. 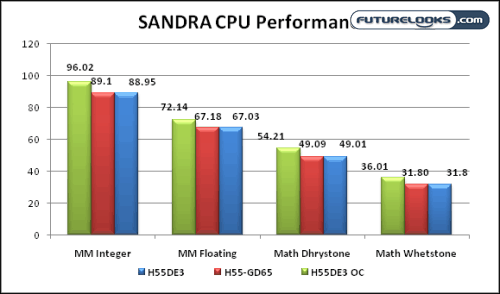 Sure, the Core i5 661 might be a dual core, but in the right overclocked platform, those 4 Hyper-Threads scoff at the CPU benchmarks. And yes, it’ll probably squash your Core 2 Quad that doesn’t have the integrated memory controller. Overall, the H55DE3 holds it’s own against higher priced competition.

Cinebench is an excellent test of both threaded and single core performance. 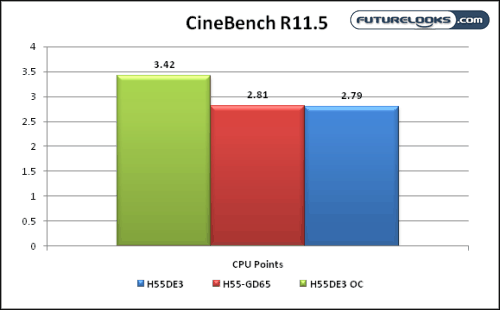 It’s taking some effort to get use to R11’s scoring system. Points aren’t all that cool to see, nor are easy to understand. Take Vista’s “experience index” scoring for example: hated it! At least, we see that the H55DE3 can keep up with the beefier MSI board, and actually, pass it. 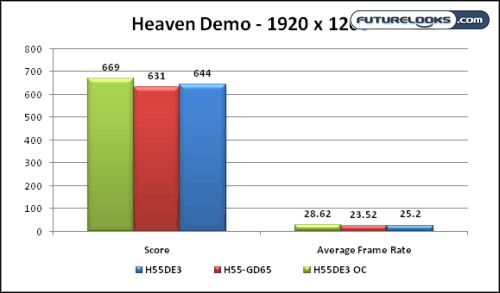 This rather nice DX9, DX10, and DX11 capable demo is a murderous video benchmark. For whatever reason, the ASRock was a bit more energetic with the new NVidia drivers and improves with some moderate overclocking.