Things have been rather rocky for Apple’s Tim Cook this past week. A few days ago, he was called out by Carly Fiorina, former Hewlett-Packard CEO, for being a hypocrite in his criticism of the passing of the Religious Freedom Restoration Act in the state of Indiana. The crux of her complaint is that Apple does business in plenty of places with far worse human rights records with regards to women and homosexuals. She is quoted by The Wall Street Journal as saying:

When Tim Cook is upset about all the places that he does business because of the way they treat gays and women, he needs to withdraw from 90 percent of the markets that he’s in, including China and Saudi Arabia. But I don’t hear him being upset about that.

Unfortunately, her complaint is mired by some partisan sentiments. This becomes clear as Mrs. Fiorina goes on to say that the media attention around this act was “ginned-up controversy by people who play identity politics that has divided the nation,” and there was “nothing objectionable” about the law Indiana Gov. Mike Pence signed last week.

The act does have a dubious relation with various protections afforded to US citizens. In addition to that, neither a CEO (Cook) nor an elected official (Fiorina, who is considering throwing her hat into the ring as GOP candidate for 2016) have any direct effect over the laws in a country that wishes to consume American products. They can affect change domestically though.

The argument would remain that murky grey if it wasn’t for this one thing happening over the weekend. 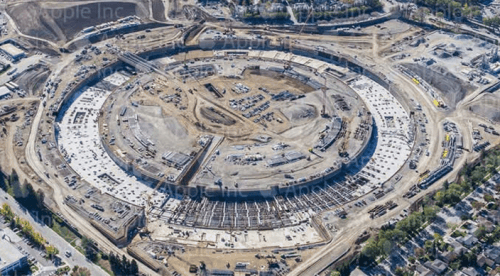 On Saturday, the San Francisco Chronicle started receiving reports of construction workers involved in the building of Apple’s new headquarters being asked to leave. The workers were ordered to leave the site in January due to prior felony convictions. Even if the conviction was decades old, the person in question had served their time, and had been an upstanding citizen since then, they were still being ordered to leave.

The oddity behind this is that the construction industry is one of those that commonly affords former felons opportunities to get back on their feet and once again become contributing members of society. This ban sticks out like a sore thumb, as advocacy groups for former felons have pointed out.

A few have speculated that it might be due to Apple’s notorious secrecy around its IP, but as Michael Theriault, president of Iron Workers Local Union 377, has said, “Our folks put the wire in the reinforcing bar (of the building). It makes no sense to me.”

How does this loop back to equality? Well, it can be difficult for people with criminal records to get back on their feet. Some employers have a sometimes justifiable concern hiring felons who have convictions that relate to their job (white collar criminals in finance or sex offenders working with children). Prior convictions rarely relate in fields like construction or food service (another industry where former felons can get a leg up). Workers with prior felonies have worked on major San Francisco construction projects including AT&T Park and buildings for tech companies like Facebook and Salesforce.

Representatives from both the construction firms involved and Apple have been kept mum on the topic. Here’s hoping they do the right thing and let these men and women return to work.