Search
Home
Reviews
Anonabox Pro Tor Router and VPN Gateway Review
The Anonabox Pro is a very simple VPN router designed for accessing the Tor network. However, it can also be used to hide your activity when on the go.
Pros
Cons
2016-09-06
9Overall Score
Prev2 of 2Next

Looking at the Web Interface

Before connecting, let’s look at the GUI options. You’ll notice that some settings are similar to various consumer routers.

Unfortunately, the Anonabox doesn’t include a detailed enough manual for some of the more advanced settings. You’ll have to refer to their website or just search Google before getting too brazen. Also, keep in mind that the Anonabox Pro isn’t meant to support countless devices nor handle large volumes of traffic. 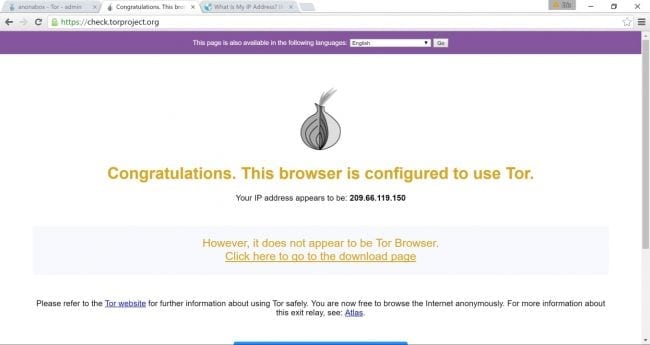 The Anonabox Pro does not protect you from malicious code or activities, so tread carefully and make sure you’ve taken proper security measures (antivirus, firewalls enabled, and avoid click bait).

Find the Network > Connection tab. Enable the Tor option. Be patient as it can take anywhere from 30 seconds to 5 minutes to connect to a Tor relay.

If you already have a VPN software license like Private Internet Access, vyprVPN, Hidemyass!, or another software, you may be able to download the cert and add it to the Anonabox Pro’s Services > OpenVPN tab. Then, your Abox will have a second method for anonymizing your system as well as the connection to one of their servers you select. At this point, anyone that can see your traffic can only see there’s a VPN tunnel to some relay.

Browsing Tor can be described as very similar to the early 90s Internet. You can easily find yourself in some interesting places among interesting people. While surfing Tor, I browsed websites and a few predefined test locations. I confirmed the ISP can see some of your general activity but not see your content. The box works. That’s great. Let’s take it a step further. 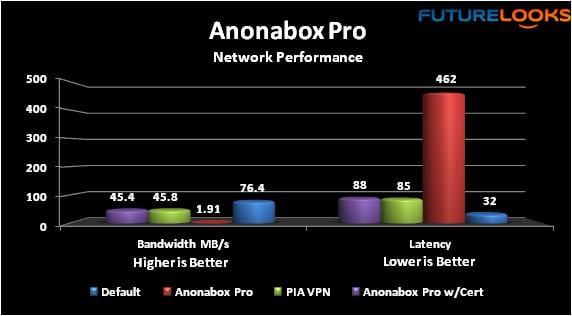 As expected, network performance drops due to network latency and relay locations. You can’t select the Tor relay when you’re using the stock Anonabox Pro configuration. The relay was obviously very far away which accounts for the really high latency. Bandwidth drops dramatically as well since the data is traversing more networks.

However, after pairing the Anonabox Pro with a VPN cert, performance improves immensely. Keep in mind that you’re able to select your target servers when you’re using licensed VPN services. While all of this is occurring, you could not make out connections or traffic, which is the key point.

The Anonabox Pro is an easy-to-setup, all-in-one, consumer-level VPN gateway designed to provide an anonymous communication tunnel between you and the Tor network. It also pairs nicely with your current VPN service simply by using one of the certs. Additionally, devices like the PS4, which don’t support VPN by default, could also connect through the Abox Pro.

However, keep in mind that it’s not quite plug and play. It will take following some simple directions to setup. And, latency will naturally likely be higher than you might like if you’re playing games through the Anonabox Pro. Granted, it’s fast enough if all you plan to do is browse and such. However, if you want faster performance, you will want to purchase a $20-40 license from any number of VPN providers and use its cert through the web interface for faster service.

For a $120 US, the Anonabox Pro adds a little extra network security to your Internet browsing, especially when you’re on a “free” physical or wireless public networks like those at hotels. Anyone monitoring your activity will see an anonymous device rather than your system, which is pretty much the whole point.