Since the APUs are both a CPU and GPU, I decided to start testing with a few special test to minimize variables. I tested the UMA buffer (memory dedicated to the on-die GPU), on-die GPU clock speed, memory speed, and memory timing to see which could drastically affect scores. 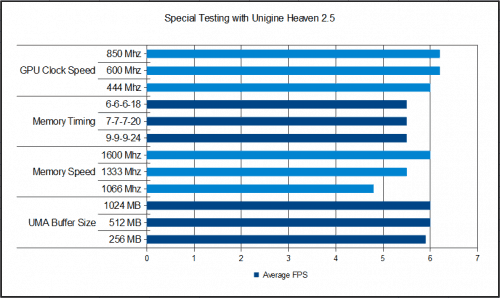 The UMA buffer size of 256 MB does choke the GPU a little with a 3.3% lose in performance. The same can be said for the on-die GPU clock rate below 600 MHz. Neither of these are the limiting factor in performance which is why AMD set the clock of the 6550D to 600 MHz. Memory timing affects nothing at all. Even when tested with AIDA64 it only provides below 50 MB/s improvements.

The major factor in performance comes from memory speed. You gain 12.73% performance going from 1066 MHz to 1333 MHz, and another 8.33% from 1333 MHz to 1600 MHz. It is good to see the APUs benefit much more from memory speed and timing. Something that was not a factor with the Phenom II platform. 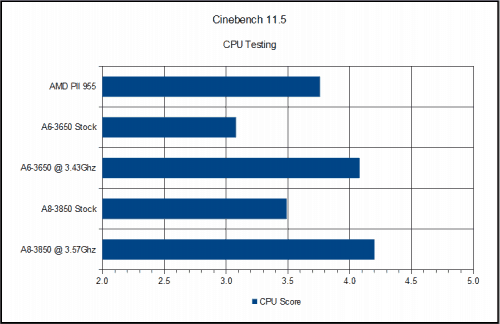 CINEBENCH 11.5 CPU test is about performance plain and simple. The A8-3850 and A6-3650 are based on the same K10 Architecture as the Phenom II 955. This results in the higher the clock speed, the better the score in this test. 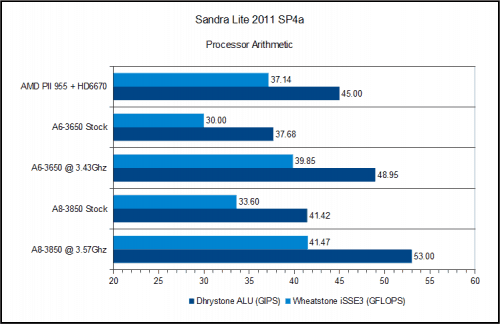 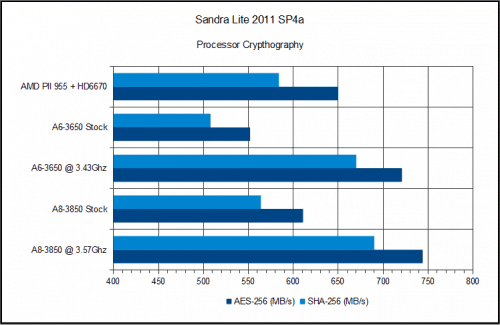 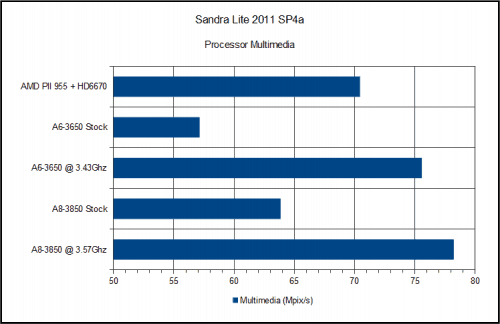 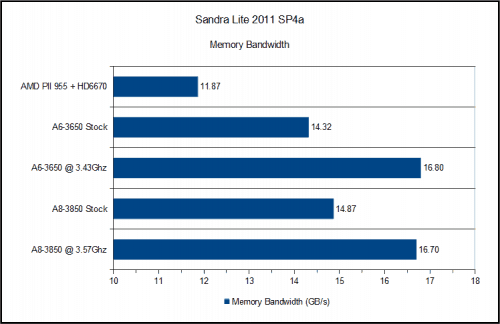 In every performance test, there are no surprises. The A8-3850 and A6-3650 fall right in line. The faster the clock rate, the more performance you will get. The one exception being Memory bandwidth in which even the slower A6-3650 has a 2.45 GB/s advantage over the Phenom II 955. This is a minimum of 20.64% bandwidth improvement from the new memory controller. 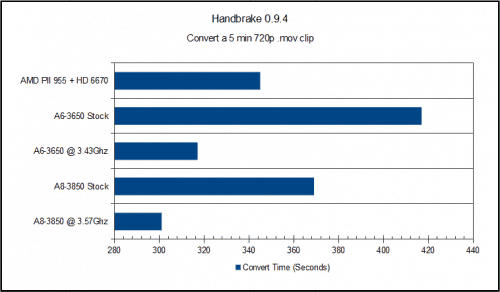 In the Handbrake test I converted a 5 minute 720p .mov H.264 clip using the iPhone4 preset. As with the synthetic tests, real world performance is the same story. The high the clock rate, the faster the encoding is done. It is very clear the CPU side of these APUs are based on the same “Stars” core as the K10 CPUs.