I’m not a leftie, so I can’t really speak to their plight of finding products that suit their southpaw inclinations. Finding the right gaming mouse can be a particular challenge, since so many are ergonomically designed specifically for right-handed folks. Well, my left-handed friends, you now have another viable option with the Asus Pugio. And yes, of course it has RGB to go with the funny name. How do you say it? Pudgy-Oh? Poogee-Oh? The heart touching company from Taiwan really needs to work on these names more.

Marketed under the Asus Republic of Gamers (ROG) banner, the Asus Pugio is an ambidextrous mouse that feels equally comfortable in your left or right hand. It has a series of side buttons are that easily configurable to suit your particular preferences. Choose between having four, two or no side buttons on either flank, swapping out the buttons for side button covers to eliminate accidental clicks. 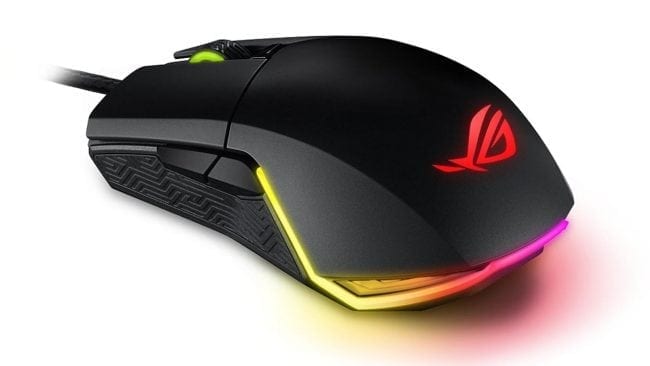 You can also use the exclusive push-fit switch sockets to adjust the variable click resistance. When switches get worn out — which should be a while, since the Omron mouse switches are rated for at least 50 million clicks — you can just replace them. And then there’s the whole Aura Sync RGB for lighting up your gaming life too.

ASUS Pugio – How Much and Where?

The Asus Pugio is starting today at leading retailers for $89.99 MSRP. Whether or not it will be sold through Ned Flanders’ Leftorium has not yet been confirmed.