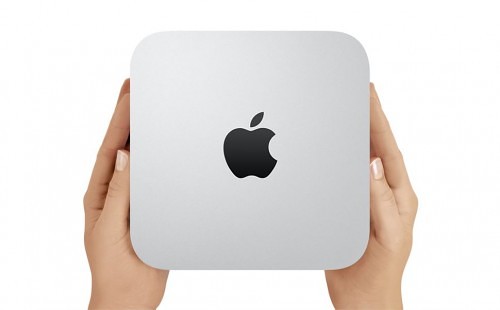 Last week, Apple released their new Mac Minis, that haven’t been updated in over a year. One of the highlights of the refresh, include the upgrade to Intel’s 4th generation Haswell processors, which launched for the PC platform back in June of 2013. But these CPUs aren’t the more powerful desktop versions that PC users are used to. Instead, these are the mobile versions, that you find in most mainstream PC notebooks, and mini PCs like the GIGABYTE BRIX, but quite a bit less powerful as they lack discrete GPUs, instead, relying solely on Intel’s built in Iris and Iris Pro graphics.

Apple Mac Mini’s are popular for OSX users because of their small foot print. But they are also popular in some hosting situations, due to their small size, and native UNIX based OS, which is better known as OSX. Simply loading them up with more memory, made them very attractive as inexpensive hosting solutions. And this is where the biggest disappointment was discovered.

Confirmed: RAM in the new Mac mini is not user accessible. Hard drive can be replaced/upgraded, though not keeping warranty.

Brian Stucki, the owner of an Apple Mac Mini server farm in Las Vegas called MacMiniColo, confirmed that the new machines, follow in the foot steps of their notebook brethren with soldered memory modules. Usually, those decisions are made to create a machine with a smaller form factor. However, the 2014 Apple Mac Mini identical in size to its predecessors, which means the only reason why they’ve done this, is to make each machine cost more at check out. Looks like you’ll need to dish out for the extra RAM and larger hard drives, up front, instead of being able to shop around for the best prices.

If you compare the 2014 Apple Mac Mini FAQ with the 2012 Apple Mac Mini FAQ, you can see this is true. And the biggest “finger” yet to DIY users? They have also included “tamper proof” screws, as a “feature”, to ensure that you can’t access the hard drive either. At least without breaking your warranty, which would of course, include your “Apple Care” coverage.

The updated Apple Mac Mini will come in three versions:

For most PC users, these specs (and prices) are extremely underwhelming, with no quad core or Core i7 options available. Shocking, especially since there is so much more available in the PC DIY space, that is more powerful (Core i7/Quad Core), and even smaller. The Intel NUC, and of course, GIGABYTE BRIX, come to mind, and both are easily upgradeable.

While this is chump change compared to the Apple Mac Pro, which turned out to be a reasonably good deal at the high end, and even the low end, it is still infinitely more upgradeable, than the 2014 Apple Mac Mini. Of all the machines, that went on a diet, and shrunk, we expected the most soldering in that “trash bin”. But instead, Apple’s “least shrunk” machine, gets the DIY upgrade lobotomy.

I guess those Hackintosh plans some of us put off are now back in play.