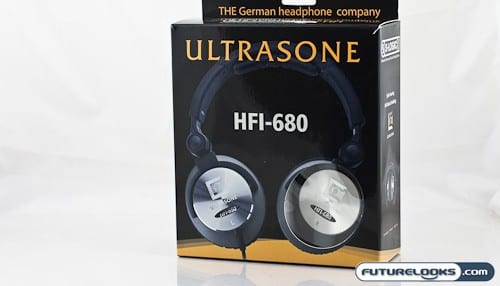 Ultrasone, if you’ve never heard of them before, is that “other” German headphone company, but THE headphone company according to them. Of course, the other would be Sennheiser. They’ve been in business since 1991 and have several patented technologies. One of which is their S-Logic technology, which gives us this natural surround sound effect, and the other is their Ultra Low Emission (ULE) shielding that keeps your brain from frying by reducing radiation from the drivers by up to 98%.

Both of these technologies are featured in the Ultrasone HFI-680 Natural Surround Sound Headphones that we’re going to check out today. 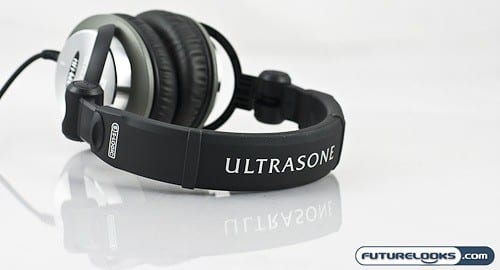 When it comes to surround sound headphones the market certainly has its fair share of competitors. Some headphones use a full compliment of speakers on-board while some try to shape sound with some sort of audio manipulation technology. The bottom line is that both muck with the natural stereo experience and that’s downright unacceptable to audio purists. 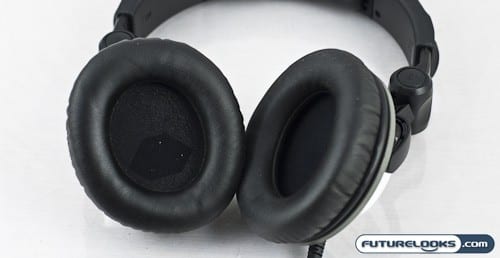 What Ultrasone has done instead is create a technology that uses your outer ear instead of just your inner ear. The outer ear is what allows you to perceive distances and the location of sound. By decntralizing the driver, it takes into account your outer ear and as a result, you get a very big room from a very tiny set of headphones. It’s like the sound wraps around your head. The other aspect of this is safer hearing since the drivers aren’t aimed directly at your ear canal. According to Ultrasone, this reduces volume by up to 40% (around 3 – 4 dB).

The Ultrasone HFI-680’s use an improved version of S-Logic called S-Logic Plus which trickled down from their top end PRO series. This technology basically takes the S-Logic concept up a notch by further improving neutrality and increasing the amount of detail you hear. The HFI-680’s are a closed back headphone feature a 75 Ohm impedance and the 40mm gold plated drivers produce a frequency range of 15 – 25,000 Hz. They should set you back about $249US so they aren’t on the cheap side.

On paper, they definitely look like they favour the mids and highs using a set of 40mm gold plated drivers. For more detailed specs, you can check out the product home page. However, if you are about how they sound, we should get moving. 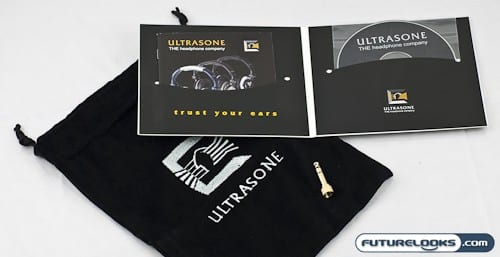 Inside the box you’ll find the HFI-680s along with a gold plated screw on headphone adapter to bring it up to 6.3mm standard from the smaller 3.5mm size, a carrying bag, instruction manual, and a demo CD.

The demo CD contains a number of tracks from vocals to chamber music to sound effects that fully exploit the S-Logic technology. In other words, do bring your own material to compare because this demo CD will have you at the checkout before you know it. Their demos are VERY compelling.