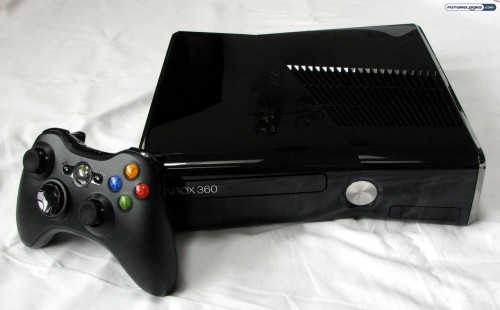 In case you didn’t read my coverage of the Microsoft press conference at E3 2010 in Los Angeles, that little outfit from Redmond decided to unveil an updated version of its Xbox 360 home video game console. It’s not a completely new system like the move from Xbox to Xbox 360; instead, it’s more of a redesign like the move from PS3 to PS3 Slim. Now that we have the new hotness in our hands (complete with a proper FRENCH instruction manual for the Canadian market), we have a much better opportunity to see what exactly is new about it, how it compares to the older version of the Xbox 360, and where we go moving forward.

Before we go any further, check out the unboxing video that I shot of the new Xbox 360 system:

As you can see in the video, the Xbox 360 S is markedly more compact than the original Xbox 360, but it’s still not nearly as small as something like the Nintendo Wii. As before, you can orient the system vertically or horizontally. That’s up to you.

Included in the box are a series of documentation, the power supply unit, power cable, a new controller, and AV cables. The Xbox button on the new controller is shiny chrome, as opposed to the matte silver of the older controllers. 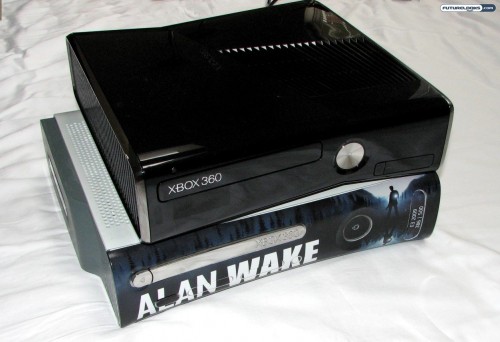 So, what do we get in the new Xbox 360 S that we don’t in the older Xbox 360 Pro or Elite? For starters, it comes wrapped up in that shiny new black casing. This is attractive, but it also happens to be a fingerprint and dust magnet. I prefer matte myself, but that’s personal preference.

You’ll notice that the hard drive dock of old is gone. In its place is an internal hard drive dock and the new Xbox 360 S comes preloaded with a 250GB unit. This should give you plenty of space for game saves, audio files, Xbox Live Arcade titles, and so forth.

There’s also built-in 802.11n Wi-Fi, which was certainly a very long time coming. Considering that the wireless network adapter is upwards to $100 (for the N version) from Microsoft, this represents a significant savings on the part of the consumer. At the same time, the PS3 and Wii both offered Wi-Fi right off the bat. 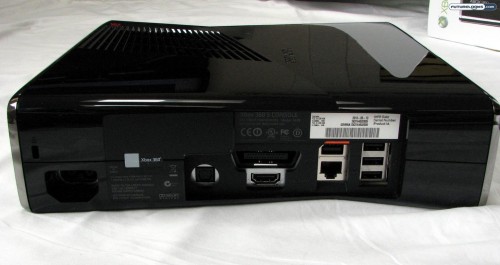 Swinging around to the back, you’ll see that there are now three USB 2.0 ports for peripherals, as well as a special port for Kinect. From what I hear, this special port will also supply power to the Kinect accessory; older Xbox 360s will need to use a USB port and a wall power adapter for Kinect.

The regular proprietary AV port is there, as well as an HDMI out. One other critical difference is the inclusion of optical audio out right from the Xbox 360 itself. In legacy units, this was only possible through the special AV cable.