Although Furmark isn’t a realistic, real world benchmark it is reliable and consistent for testing GPU coolers. It will also monitor temperatures while we measure noise levels with a meter. If a VGA cooler can manage the GPU’s extreme temperatures under Furmark’s abuse, it will easily manage regular 3D applications.

Since all of the test cards have been out for some time, I used the latest nVidia and ATI drivers in order to avoid any cooling fan anomalies that were poking around with previous versions. For the GTX280 and GTX480, NVidia’s 258.96 drivers were used. For the HD5870, ATI’s Catalyst 10.9 drivers were used.

If you refer back to our video, you’ll again see some of the precautions needed before installing any aftermarket VGA cooler (or any heat sink for that matter). Exercise plenty of patience during the process by triple checking for screws and you will have no problems with any of the coolers. 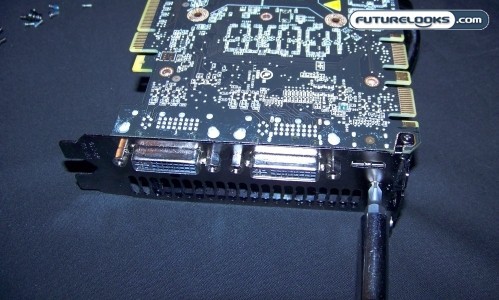 On most all NVidia and ATI dual slot reference coolers, you’ll find two small screws holding the card’s shroud to the PCI bracket that need removed which are commonly missed. 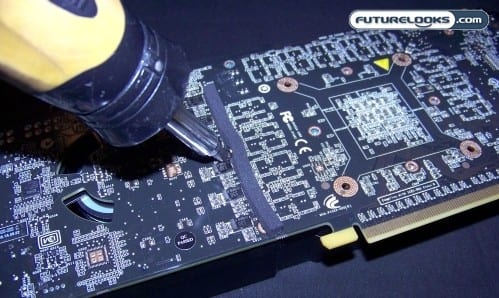 Installing the VF3000F requires the most caution of the three due to the GTX400 cards’ many hidden screws that secure the reference shroud and PCI bracket frame. Before removing the large black inter-heat sink, two small screws hidden underneath the spacer-sponge had to be removed. Not removing these will result in card damage.

The reason we are impressing upon you in both our video and in this section the important of a proper disassembly is because of the horror stories we’ve been made aware of on some retail review sites. The damage is done during disassembly and not assembly of the VF3000s onto the GPU. Be very careful and inspect your respective card carefully because a cracked PCB is no fun. 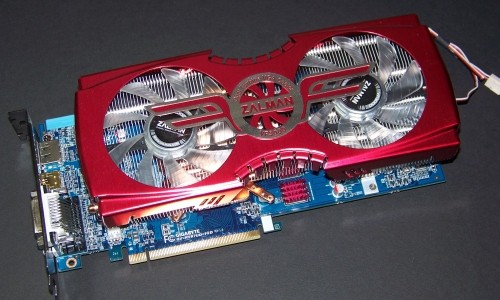 Everyone wants to see what a VGA cooler looks like when installed. So, here is the VF3000A installed on the GIGABYTE HD5870 1GB video card. If it were black PCB, it would look better. However, most anything else is better looking than the default green PCB. 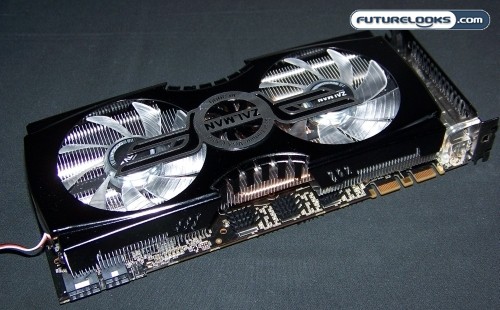 Our ZOTAC GTX280 1GB video card sports black PCB. The cooler still adds some level of contrast thanks to the copper heat pipes. It’s the blue LED fans that give the card its personality when active. 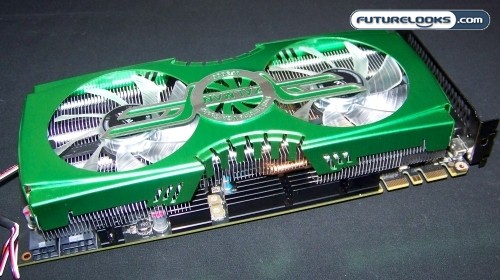 And finally, it’s the green VF3000F cooler that actually stands out of the three. We know it’s green because in honor of NVidia and the Fermi architecture. But, some users may or may not find this contrast to be the oddest if trying to follow a theme. None the less, it still looks far, far nicer than the reference cooler.