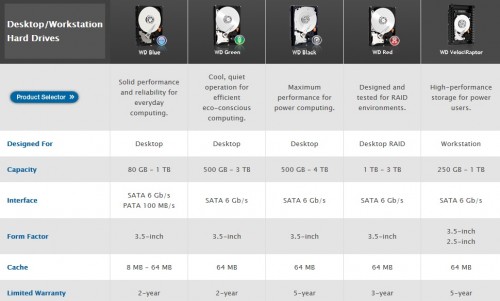 Presently, Western Digital offers Blue, Green, Black, Red, and the Velociraptor model hard drives for SATA ports. Each flavor comes in similar capacities (but varying warranty lengths as per the chart above). The Blue is the price conscious solution, Green the standard desktop solution, Black for the performance solution, Red designed for RAID or NAS configurations, and Velociraptor because regular performance just isn’t enough for power users. WD also offers enterprise worthy drives in their RE series (not shown) with premium pricing, however, they have also released a new series called the “SE” (not shown) that sits between the enterprise and consumer price points. 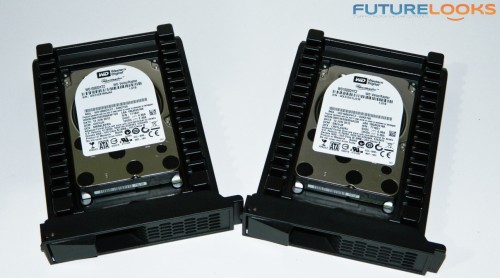 For this test, I’m using the same system from the Intel Haswell launch.

The latest BIOS and Intel chipset driver is installed for best results.

Chipset performance differences look more pertinent on paper than in actual tests. Intel hasn’t really implemented any shock-and-awe SATA controller improvements over the last few generations. Performance differences through the chipsets won’t vary too much if any so you can expect similar results. Keep that in mind when comparing your P67, Z68 or Z77 system to the new Z87 platforms.

If you want to read more in regards to performance of the Haswell  processor, check out our review. Otherwise, read on to check out the WD 1TB Velociraptor’s performance.

We’ve seen SSDs really transform what seemed like a slower system in to a racing machine. For that reason, we started off with PCMark7. Then, CrystalDiskMark was used to reveal the hard drives’ controller strengths and weaknesses especially when managing 4K data blocks which constitute the bulk of all kinds of software like video games, large office apps, and media files. ATTO rounds off the testing by looking at IO performance should you feel inclined to use these in an array.

The final test includes Windows boot and program load times. 8GB of memory will ensure plenty of space to cache data giving the Velociraptors a test of its full range of performance when we stick them in a two drive RAID 0 array. 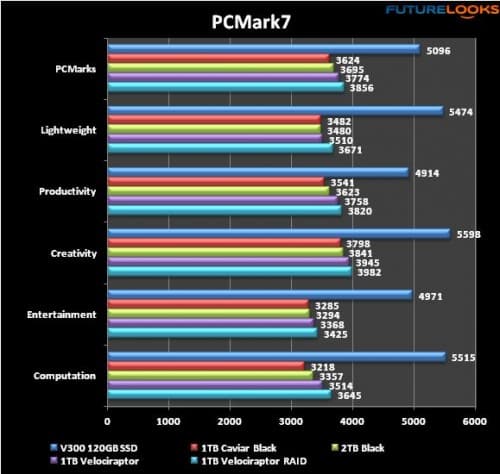 Well, the extra RPMs do give the Velociraptor some extra crunching power. It may not seem like much, but it’s enough to enhance system performance which was more visible in the real world Windows boot and program load times. 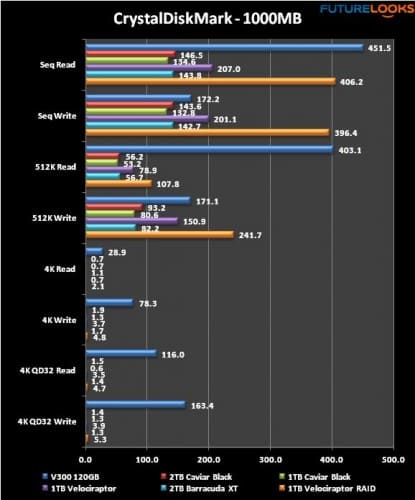 Individual Velociraptors are capable of doubling the 4K data block performance compared to other Western Digital and Seagate based hard drives. Granted, it’s not the same animal as a 120GB SSD but the SSD is far from capable of storing 1TB of data. In RAID 0, the bandwidth increases by about 40% to 5.4MB/s which doesn’t seem like much till you start opening some larger programs. Then you appreciate the speed.