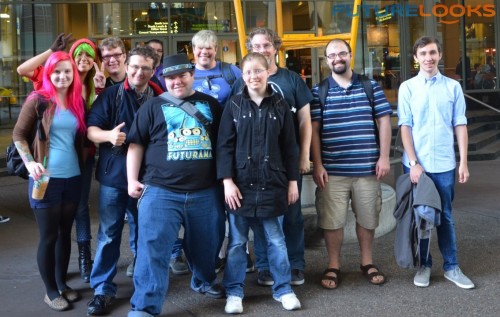 All of the talk about the death of the PC, or demise of gaming, is nothing but a lot of marketing departments trying to anticipate the trends of their consumer base; gamers. It seems most of them are grasping at straws. Recently, an opportunity to learn from the source (gamers) presented itself. NVIDIA GeForce provided budding computer science students from Highline Community College and Central Washington University a very rare opportunity to attend PAX Prime 2013. These future content creators met various developers, played many different games, and experienced new concepts. After talking with students, it was very clear that gamers aren’t being heard and they are evolving faster than the industry can adapt.

After discussing what they got out of the event and what they wanted from gaming, it became apparent that these developing social media guided gamers have somewhat different perspectives. They are a very eclectic bunch playing different genres and many different titles. And, they are less concerned about where the title comes from or what platform is required. However, they are far more interested in the experience a game provides as well as being open to sharing it. Perhaps, the key here is that a better experience will attract other gamers on top of creating opportunities for business.

When asked how the students select their favorite games, an old powerful consumer skill popped up. Word of mouth referrals from friends, colleagues, and social media have highly influenced their choices rather than online reviews. They trust the recommendation of a friend or an acquaintance who has played a game most. Outlets like Facebook and Youtube are extremely influential review resources particularly because they’re comfortable sharing. Students additionally confirmed they often skip over game review sites and forums partially due to misguided emotion that is often expressed.

One of the most common answers was to be able to sample all games on any platform before they launch. Students went to say further that Xbox and Playstation both tend to provide more convenient methods for sampling games. As a result, many admitted that they gravitated to consoles because of sample games and smoother experiences at the outset. Conversely, many PC game developers haven’t provided easy access or quite the right experience for their BETA titles. While Origin and Steam have made attempts, students experienced mixed results citing less than smooth transitions installing games, incomplete betas, and poor technical support. 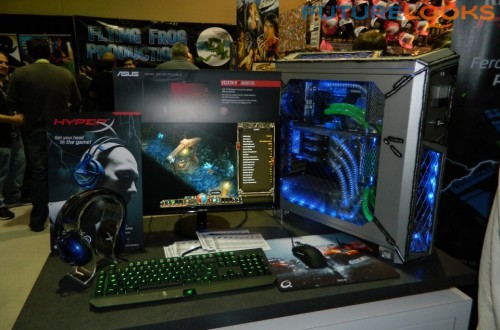 Compared to previous generation gamers, these new minds don’t hold an allegiance to any platform or argue which platform is best. Most like that the console bundle can be easily installed with very minimal expertise. They trust that the hardware will play smoothly even if it isn’t always the nicest graphics or the most submersed experience. The biggest social appeal expressed about consoles is that they connect to the home HDTV which is usually set up in the social hub of the home. It must be obvious by now they like the action.

A huge majority want better hardware and game PC support. They aren’t fond of the amount of confusion doing research required for building or buying a solid computer. Some were unaware or skeptical that game developer “recommended” hardware specs were enough to run a game properly. They don’t want to have to turn settings down and miss out on the full experience. Sampling the game ahead of time would help them answer the question concerning their current system. Once they learned that most any gaming PC can also be connected to their HDTV, many were excited at the idea of saving money (no monitor needed) and keeping the action on big screen. They really do like the action in the social hub of their home. Something that STEAM’s “Big Picture” is capitalizing on.

NVIDIA and EA Take Steps Ahead of the Trend 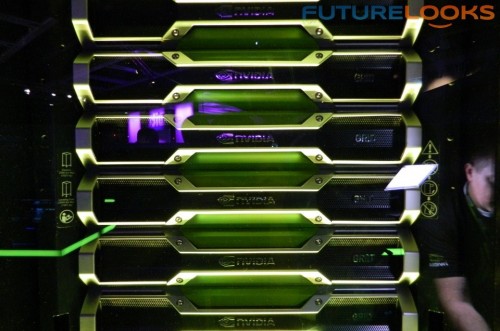 Another topic of discussion was NVIDIA Grid, supercomputing cloud gaming, which offloads the graphics burden and allows gamers to play on any device. Not everyone, especially young student gamers, can afford to upgrade video cards each time a new extremely detail oriented game launches. Grid could conceivably allow gamers access games in between graphic card upgrades. However, many students questioned whether or not all their favorite and future games would be available which was a very good question. They don’t mind cloud based games as long as they have continued access to their game profiles even if they stop playing a game, or no longer have an account. At the moment, they’re split on whether or not it’s the right step as some like having game files locally.

EA’s new Great Game Guarantee excited every student questioned and is a step in the right direction. These young gamers (or any gamer) like the idea of some form of guarantee for their money. They believe it may motivate developers to stand behind their games as well as ensure a better experience regardless of platform. If the game fails to please them which is usually within that first few hours, they can simply get a refund and move on to something else. 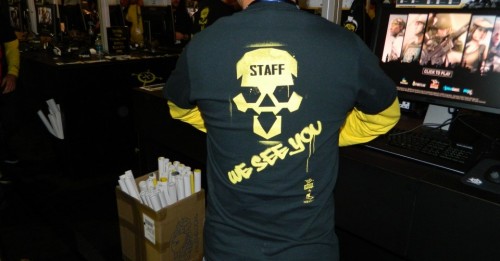 When you consider the information shared by these thriving gamers, a picture starts to develop in what it is they want from the gaming industry. Like any consumer, they want the best experience. This includes game guarantees, improved access to sample games, and  screen connectivity. Considering this, console platforms are closer to the goal. However, NVIDIA Grid is better positioned to offer everything mentioned. While the more capable gaming PC is a couple steps closer, there is still confusion as well as a lack of continuity in fulfilling demands.

The bottom line here is that in order to attract better numbers of new PC gamers, there needs to be greater focused collaboration between game and hardware developers so that the transition feels seamless. There needs to be better communication with gamers like PAX Prime has seemingly mastered. Offer better documentation between “system requirements” and “recommended” hardware for games, provide greater access to sample games, and follow EA’s bold initiative to offer a game guarantee. Review sites should be a better resources for filling in the gaps. It’s not rocket science. It’s gamer science.