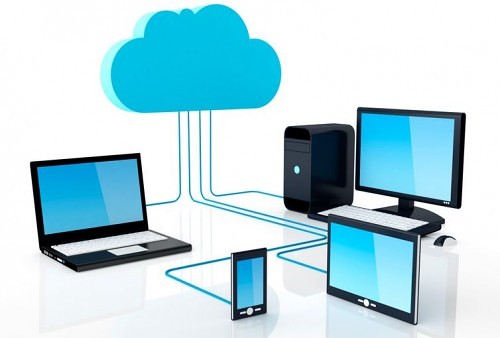 It’s fascinating how technology evolves over time… and how we inevitably look to our past in order to create our future. Consider, for example, the whole concept of using a computer. Back in the early days, the normal thing to do would be to have the one main computer and then have several terminals connect to this central computer. It just didn’t make sense, both from a logistical and from a cost perspective, to have separate computers for every user.

And then, the personal computer (PC) came into the picture and we all had our separate computers operating about as separately as possible. After that, we discovered the Internet and while we were connected, each computer largely still had to handle its own processing and its own data. But that’s changing again. With faster (and cheaper) Internet access, we are now moving more and more toward cloud computing and shared resources.

Perhaps the biggest advantage of cloud servers is that your individual computer doesn’t necessarily have to be all that powerful itself. This is because more of the heavy lifting is done somewhere else. That’s the idea behind the OnLive gaming system, for example. And while not exactly working in the same way, the NVIDIA Shield handheld also builds on this kind of philosophy.

But just as PCs can be incredibly varied, so can the application of what we collectively call “cloud computing.” There are all kinds of cloud storage providers, for instance, that let you stash your media files online so you can access them from just about anywhere and from just about any device. At the same time, working in the cloud doesn’t mean that you necessarily have to put everything on the Internet.

An example of this is Adobe Connect where government agencies (and whoever else) can utilize a “private cloud” for more confidential data. And then you’ve got the move toward the cloud with Adobe Creative Cloud for PhotoShop, Premiere Pro and so on. The application itself still resides on your computer and it can still be used offline, but now you’re paying a subscription fee rather than buying the software outright. Given how expensive that kind of software can be, a subscription model could prove to be much more financially viable for people with smaller budgets. And it comes with cloud storage and all sorts of other improvements too, like multiple GPU render support.

With a name like “Creative Cloud,” the hope moving forward is that Adobe really can allow users to fully exploit the power of the cloud. What if you really could share resources and tap into the processing power of the cloud? What if that could speed up your rendering even more? What if this means that your own PC doesn’t have to be so powerful anymore, even if you need to do some very heavy lifting for your video editing?

It’s like we’re moving back to the days of a central computer with multiple terminals again, don’t you think? And, just as it was before, this philosophy just makes more sense for cost-control and for logistics.