While Linksys launched the WRT1900AC dual-band wireless router last year to good reviews, there were still many who asked for a more affordable version that still included many of the same high end features. Well, Linksys is delivering on this request with the announcement of the WRT1200AC wireless router.

This new router will feature many of the same capabilities of the WRT1900AC router, but with AC1200 speeds and a lower price point. This includes a 1.3GHz dual-core CPU, four gigabit network ports, and USB 3.0 and USB 2.0/eSATA ports for shared network storage. The most interesting feature though is that the WRT1200AC router is  ready for open source out of the box, with regularly updated firmware available from OpenWRT.

The Linksys WRT1200AC Dual-Band Gigabit Wi-Fi Router is now available both in-store and online, and at an MSRP of $179.99. For more info check out the press release below.

Irvine, CA – April 23, 2015 – Linksys®, the first company to sell 100 million routers globally and a leader in networking solutions for the home and business, today announced it is expanding its WRT router line to include a 2×2 AC1200 Dual-Band Wireless-AC Gigabit Router, the WRT1200AC. This new router provides users with the high-end features of the WRT1900AC router at AC1200 speeds and a lower price point. 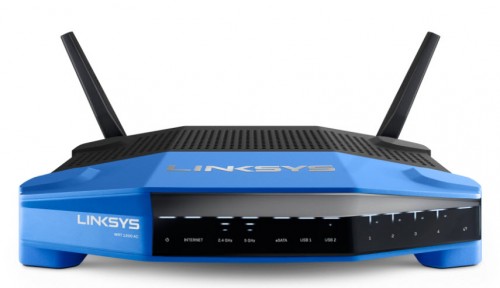 “This is a router we made for our customers. After the launch of the WRT1900AC last year we had many customers ask for a more affordable version but with the same high end features. The WRT1200AC is the result,” said Mike Chen, vice president product management, Linksys. Customers can now get a best-in-class, WRT-series AC1200 router from Linksys.”

The Linksys WRT1200AC Dual-Band Gigabit Wi-Fi Router is based on the Avastar Wireless & ARMADA Processor product series from Marvell® and features wireless speeds up to 1.3 Gbps* and a 1.3GHz dual-core CPU. Two adjustable, removable antennas and high-powered Wi-Fi power amplifiers help ensure maximum range and performance in single- and multi-story buildings, while beamforming technology focuses and strengthens the Wi-Fi signal. Four Gigabit ports offer blazing-fast wired connections, a USB 3.0 port and a dual USB 2.0/eSATA port allows for sharing external storage across the network with data transfer speeds of up to 3 Gbps*. Users can also connect external storage or devices with the USB 3.0 port. The WRT1200AC is engineered to work with open-source firmware for complete customization.

Open Source Capable
In collaboration with Marvell, Linksys is happy to announce the open-source Wi-Fi driver for the WRT1200AC and WRT1900AC has been released to OpenWrt. This driver has been incorporated into the latest open source firmware image snapshot, available here (Command line interface experience recommended):

Since the initial release back in December, Marvell has demonstrated continued support by releasing successive updates to the community. Support for the WRT1900AC and WRT1200AC have been rolled into the latest “Chaos Calmer” release from OpenWrt. 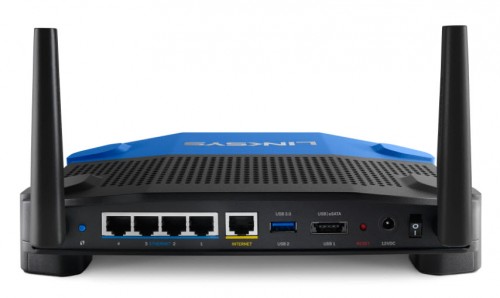 Smart Wi-Fi Enhancements
Smart Wi-Fi is a web- and app-based management tool that helps users simply set up their router, and manage and control their home network via a dashboard on a PC, tablet or smart phone while at home or away. Smart Wi-Fi also provides a host of features including guest access, parental controls, remote access of other family or friend networks as well as easy references to passwords or network controls. Linksys recently added these new features via a firmware upgrade to select Linksys routers and each will be available on the WRT1200AC:

Pricing and Availability
The Linksys WRT1200AC Router is available at leading retail and online retailers at an MSRP of $179.99.

Router Leadership
The WRT1200AC is added to the list of more than 60 Linksys routers introduced since it pioneered the router in 1999. Linksys recently announced it has sold more than 100 Million routers and has become part of an elite group of consumer electronics manufacturers to have a device hit that milestone number.

About Linksys
The Linksys brand has pioneered wireless connectivity since its inception in 1988 with its leading innovation and engineering strategies, and best-in-class technology, design, and customer service. Linksys enables a connected lifestyle for people at home, at work and on the move, and with its award-winning products, simplifies home control, entertainment, security and Internet access through innovative features and a growing application and partner ecosystem. For more information, visit linksys.com, like us on Facebook, follow us on Twitter or watch us on YouTube.

*An active, customer-purchased Internet Service Provider broadband account is required for connection of this router and other connected computers and devices to the Internet. Some devices may require additional wireless adapters or an Ethernet cable to connect to this router. Maximum performance derived from IEEE Standard 802.11 specifications. Actual performance may vary, including lower wireless network capacity, data throughput rate, range and coverage. Performance depends upon many factors, conditions and variables, including products used, interference and other adverse conditions. 802.11ac 867 Mbps (for 5 GHz) is up to 2.9 times faster physical data rate when compared to 802.11n 300 Mbps Wi-Fi routers using two antennas to transmit and receive data. An 802.11ac adapter may be needed to achieve 11ac data rates. In order to achieve the best performance, router must be used with a compatible AC867 wireless device.

‡May require a software/firmware update available for download at linksys.com/support.