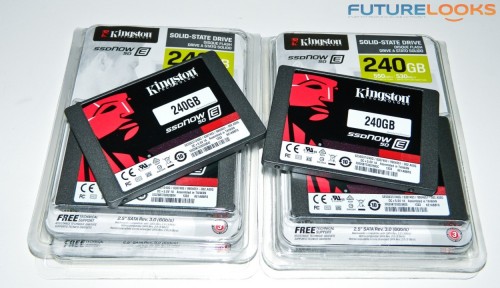 There are two markets utilizing SSDs; regular and enterprise consumers. Desktop users expect SSDs to last at least the same, if not longer, than platter based drives. On the other hand, when it comes to wear leveling, reliability, and performance, enterprise pros expect more including a certain level of security. For these reasons, enterprise solid state drives tend to cost a lot more than consumer ones because of the enhanced reliability. However, given that this market segment can be a cut throat business, and not every business can afford to spend top dollar, more affordable proven enterprise SSDs are highly coveted.

While Kingston’s E100 (Enterprise) SSDs have the high end consumers covered,  their more affordable E50 series helps bring costs down considerably. The E50, which we’ll be checking out today, offers many enterprise level features including integrated AES 256 bit encryption. In a collaborative effort with my good colleagues at Puget Systems, we tested some Kingston E50 240GB SSDs on a capable LSI SAS controller to see how they perform. 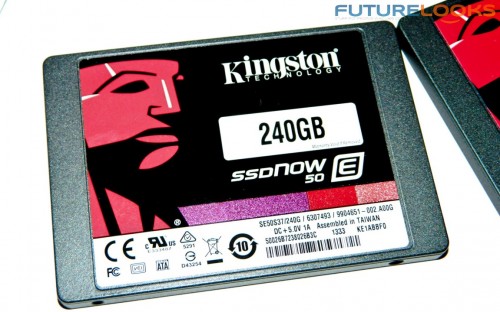 To summarize, the Kingston segregates their products as such: SSD V series are for consumers, SSD is KC for business needs, and E series is for enterprise pros. The main benefits of the E series include more reliable NAND and controller, wear leveling resistance, steady IO performance, and AES 256 bit encryption. The encryption happens within the SSD controller and works in conjunction with Windows or any properly set up open source operating system. With more stringent security requirements and IT/IS regulation laws, encryption is quickly becoming a very important feature.

The E50 is an enterprise level SSD designed to deliver nearly the performance of their E100 product, but without the higher price tag. A 240GB E50 fetches a $325 price tag while a comparable 200GB E100 starts at $725 US/CA. So, there is absolutely a market for an affordable enterprise approved SSD and this seems get that right so far.

Why Pay More for Encryption in an SSD? 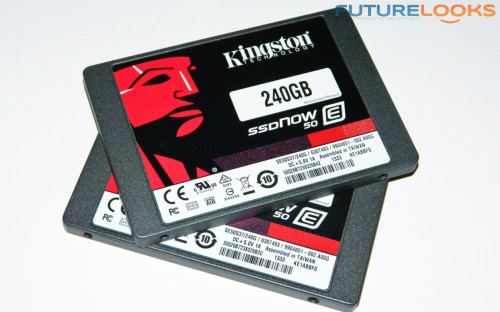 The benefit of encrypted SSDs is of course the security and privacy aspects. Should the unit be removed from the system, it would take considerable effort to crack it. Especially if a full encryption key has been utilized. Enterprise pros know they can utilize SSDs to store data and create more capable virtual environments, support IT applications offered over the network, improve cloud computing services with relatively surprising speed, and increase server virtualization which can all help cut down on the added costs of supporting larger numbers of older systems. Often, instead of needing many expensive physical servers, administrators can provide the same services using fewer systems.

Still, all that data is worth something to someone, and it requires effort to secure it. In 2006, government regulators put more serious security requirements on all businesses and interests around the country. Slapping a password on the storage array just isn’t enough and will most certainly cost the negligent business a hefty fine ranging from hundreds of thousands in to the millions. Given the increasingly stringent information security requirements placed on business over the last six years, you can see why it’s important to consider the added security.

Test System Configuration and Set Up 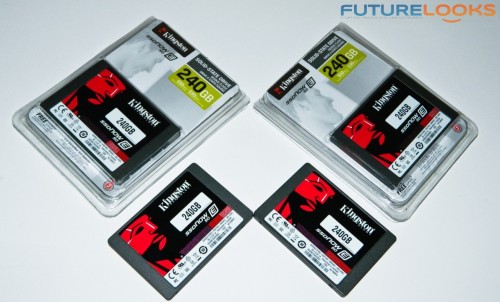 Since the E50 will be used in RAID more often than not, I teamed up with Puget Systems based near Seattle, WA to compare the Kingston E50 240GB SSD and a Samsung Pro 256GB SSD since both offer encryption. We utilized their amazingly reliable HPC Peak Workstation system to test five connected E50 240GB SSDs. The Peak WS contained an Intel Xeon E5 processor with 32GB of Kingston ECC RAM, Intel Xeon Phi 3100, and LSI 9271 8-channel SAS controller with MegaRaid Storage Manager software.

We wanted to see how the new E50’s encryption worked as well as how it interacts with a relatively well known enterprise level SAS controller card in a standalone configuration as well as through it’s MegaRaid encryption software. We tested RAID on both the card and integrated workstation chipset.

The MegaRaid software is designed to detect and manage connected storage devices of all kinds. While the software detected the Samsung EVO Pro, it would detect the E50 for array creation but not allow management of the encryption settings. This could be due to the E50’s integrated encryption controller or a needed software update. Since LSI is a familiar manufacturer to all kinds of IT professionals, this could be one area Kingston can focus on. However, this didn’t stop installation process.

Once a new operating system and driver installation was completed, a message prompted us to set up the encryption passkey through the system’s Certificate Export Wizard. This tells us encryption is on by default and built in to the SSD. Perhaps this isn’t a bad thing after all as it’s pretty easy to use, rather than depending on special software.

Now let’s see how well this drive moves data around, and whether the encryption is a detriment to performance.