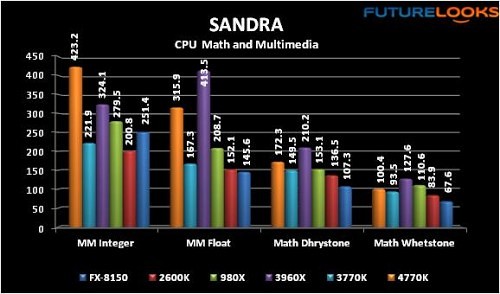 Beginning with Mathematical and Multimedia, we see that the 4770K is naturally about 15% faster than Ivy in the Math benchmark which is typical for generational jumps. However, Haswell performs considerably better in the MM benchmark, suggesting there’s something new to offer thanks to the new GPU. 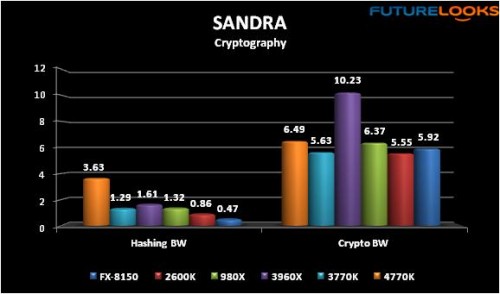 When the encryption benchmark was complete, Haswell slams down some impressive bandwidth against Ivy Bridage and Sandy Bridge. Let’s see how well tuned Haswell’s core is compared to Ivy Bridge. 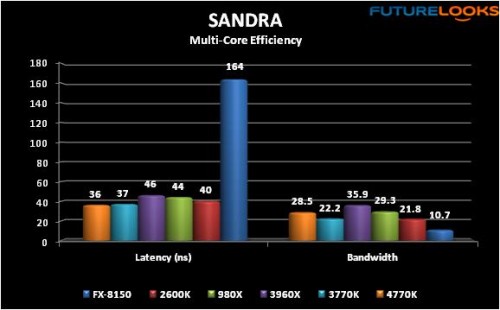 Haswell’s inter-core latencies were examined thinking perhaps this was the reason for the minimal gains in Math and MM scores. While there was a little more bandwidth, there was also an ever so slight latency increase. In this respect, Haswell is better than Ivy Bridge. 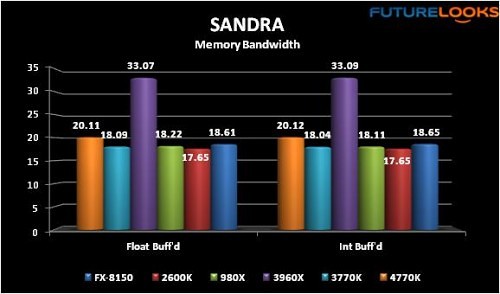 From the benchmark, Haswell obviously has a better integrated memory controller. You can expect similar results from your DDR3 1600MHz 9-9-9-27 memory. As the memory frequencies are overclocked, the 2400MHz Kingston DDR3 HyperX memory reveals that there is even a greater amount of bandwidth readily available. And because of the stunning memory performance and enhanced clock speeds, the need for DDR4 seems muted with this current platform.

Next, we examined overall platform performance. This takes in to account the chipset and overall motherboard performance as well. Keep in mind that other partner boards with more audio, controller, or storage features will almost definitely score differently. 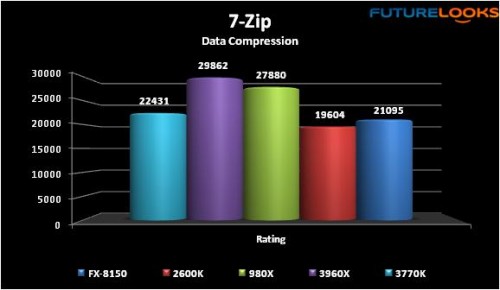 This is a free to use program for compressing files. The built in benchmark utility reveals another step in zipping performance. To put things in to a little more perspective, zipping up a 1GB random test file takes the 3770K about 180 seconds and the 4770K about 155 seconds. The 3960X does the job in about 90 seconds. While more cores help, the gains from the enhancements in Haswell also help. 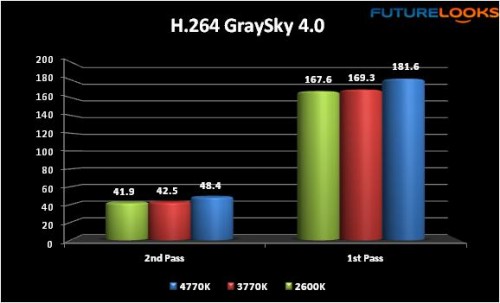 Again, an incremental increase was expected if following standard generational improvements. Haswell is obviously capable of rendering a few more frames per second than previous generations. This may not seem like much but spread that out over a lengthy video rendering and you’ll be grateful the project is completed faster. Spread that over the course of a year, and those are billable hours that can be saved if you are a professional. 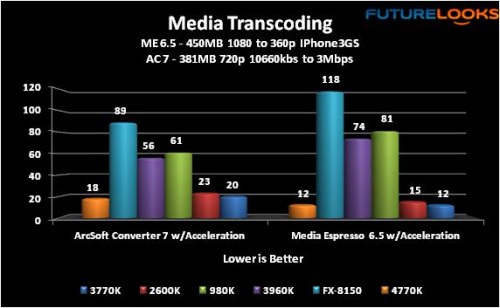 I’m not sure that there is much more Intel can do when it comes to supported media titles optimized for their Core Generation processors. Perhaps, it’s time to throw some more serious video renderings at the processor. But until 4K adoption hits mainstream, it looks like this is as fast as things go for the most common resolutions.