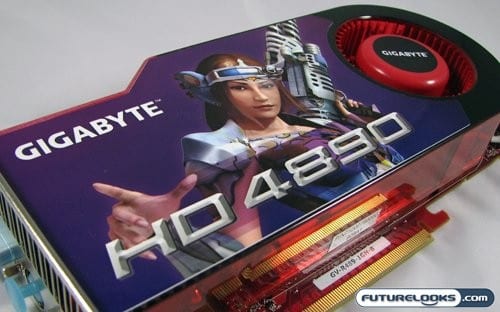 In the war without end between the video card manufacturers, the leader of the pack is determined as much by how many levels of the market they can hit as it is by the manufacturer who can produce the fastest top end card. ATI has always been good at this, many times managing to have multiple versions of a particular core available at every performance level and price point. However in this latest generation, they didn’t have a card to sit between their top end HD 4870 and the dual-GPU equipped HD 4870X2. What’s worse is that NVIDIA did.

ATI has finally responded with the Radeon HD 4890, and we are taking a look at this new GPU core courtesy of GIGABYTE. Let’s find out how it performs!

The Radeon HD 4890 found on the GIGABYTE GV-R489-1GH-B video card, and every other HD 4890 card out there for that matter, is basically an overclocked HD 4870. Some improvements have been made to the core to improve stability and performance, enough so that the code name for this GPU has been revised to RV790 XT, from the the RV770 XT found on the HD 4870. As for GIGABYTE’s version of this card, it doesn’t deviate far from the ATI reference design and specification. 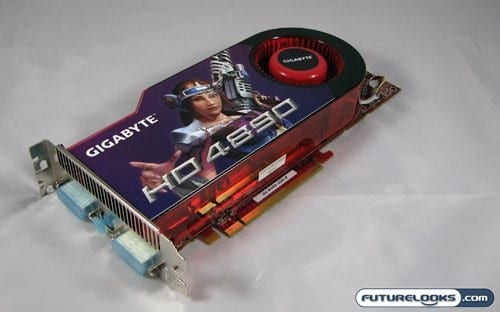 Out of the box it’s clocked at a core speed of 850MHz and a memory speed of 975MHz (3900MHz quad pumped). The card features 1GB of GDDR5 memory, and fully supports CrossFireX and Avivo HD technology. For full features and specifications, check out the product home page.

Now since this isn’t the best of the best, top of the line card from ATI, it doesn’t carry a top of the line price. The honour is reserved for the HD 4870×2, which until the 4890×2 is released is ATI’s performance king. As for buying the GIGABYTE GV-R489-1GH-B card were reviewing here, the price sits right in the middle of the pack with other HD 4890 cards. At a street price of $250 USD, GIGABYTE is targeting this card at those who want to purchase from a reliable vendor without paying a premium for having the card overclocked at the factory.

Is the GIGABYTE card still easy to overclock? And how does it perform? We’ll have to find out after taking a look at the card itself, and the accessories included.

Nice Package You Have There 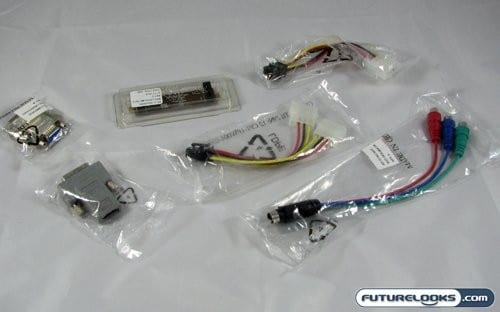 The collection of accessories included with the GIGABYTE HD 4890 card run the gamut from the expected to a nice surprise. The usual suspects of a DVI-to-VGA adapter, Molex to PCIe convertors, and a component cable adapter are preset. One of the welcome bonuses is the DVI-to-HDMI convertor, which will allow you to hook up a system with this video card to an HDTV or LCD that supports HDMI.

The other added bonus is a little bit of a head scratcher. It comes in the form of a single Crossfire bridge. This is weird because configuring any HD 4890 in Crossfire requires two of these bridges. I guess if you buy another GIGABYTE GV-R489-1GH-B video card this shouldn’t be an issue. On the other hand, if you buy another brand of card that doesn’t include a bridge, you’ll have to go find another one. Most CrossFire ready motherboards do seem to come with said bridges so it shouldn’t be that big of a deal.

Documentation came in the form of a single, fairly concise user’s manual. The only software included was a drivers disk containing some older drivers and a couple utilities. There weren’t any games included with this package. Guess we’ll just have to install our own for testing. But first we should take a closer look at the card itself.