Getting secrets out of these Pros is a tough gig, but it’s clear that everyone thinks that if you start slowly and be patient, you can be an Elite Overclocker too. This is probably why tips and secrets are so hard to come by. However, we did get these unanimous nuggets from the Pros. 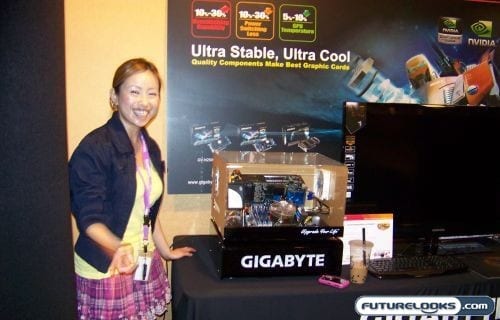 Everyone suggested that spending a bit more money on CPU cooling and motherboards will yield you the best results. This is where picking that golden CPU that isn’t necessarily the most expensive comes into play as many of the less expensive ones can easily climb to the speed of their higher priced counterparts Some quick BIOS tweaks suggested included enabling Fan Detection and selecting a maximum CPU temperature setting. Both of which will protect your system as you begin to experiment with extreme voltages.

As far as getting that DELL special box and overclocking it, the unanimous piece of advice from everyone was to build your own customized system. Not only do you learn how things work together, but proprietary systems just don’t offer the same overclocking experience which is what you’ll need as you get in to more extreme methods of cooling like LN2 overclocking. 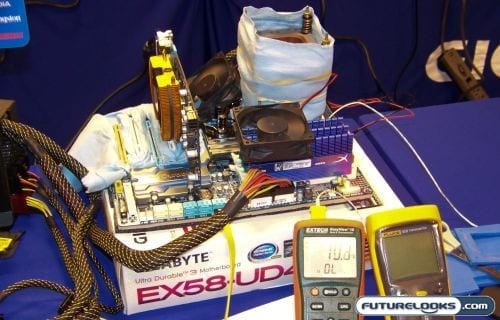 Extreme enthusiasts have never had computer components as good as we do today. Each competitor in attendance all have their own particular tastes in which motherboards and graphics cards they like to use and it’s nice to have so many choices these days. The experiences of overclockers is what ultimately pushes the components to break, thus allowing manufacturers like GIGABYTE to learn and improve on their designs.

GIGABYTE continues to produce some exceptional motherboards that have repeatedly set world records. They understand that quality platforms are essential if they’re to remain the top competitive motherboard manufacturer in the world. Their challenge is to give their platforms like the ones used in competition a shot at impressing you in your next computer. Perhaps, after investing a little time, you’ll have what it takes to compete next year?

To offer you a bit more encouragement to get out there and try it, we put together a special 2009 GOOC North American Regional Finals Music Video. We hope that it inspires you to see if you’ve got “The Touch”…

If you have any questions on overclocking anything, make sure you stop by Futurelooks Forums or our new chat room (irc.gamesurge.net #futurelooks) and let us know. Between our capable AMD and Intel people, you’ll find answers and suggestions you can apply.