Search
Home
Reviews
Prev5 of 5Next 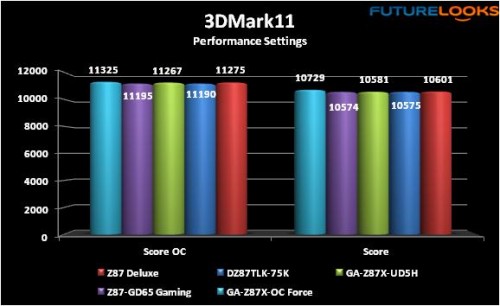 Gamers like to overclock their CPU and their graphics for whatever advantage they can get in frame rates. Here, I overclocked both to the same across the board to look for performance differences. The GIGABYTE GTX 770 OC made it very easy to get a noticeable boost. Overclocking the video card will no doubt always increase graphics scores which is the goal of benchmark overclocking. If you’re a gamer, you would see anywhere from 10 to 15 more frames. The GA-Z87X-OC Force also seems to benefit the overall overclock experience. 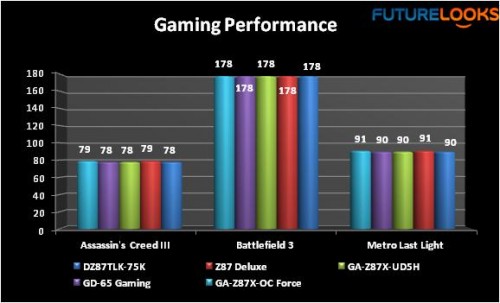 Gaming tends to be a graphics dependent features, but we entertained ourselves play Assassin’s Creed III, Battlefield 3 (because Battlefield 4 is broken), and METRO: Last Light. Instead of using the usual modes, I set everything to Ultra where possible and enjoyed 3D mode with NVIDIA 3DVision2. We can at least say with certainty that the OC Force is just as great a gaming platform as it is an overclocking platform. 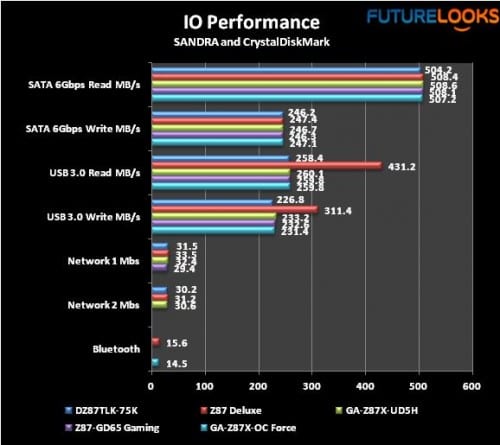 IO is often pretty uneventful. We do the testing to make sure the data bus is free and clear of glitches as this can be a “cost cutting” area. The OC Force is pretty comparable. Till someone challenges ASUS’ USB 3.0 Boost feature, it will be tough to keep up. You will of course need a proper UASP device to garner the benefits though so you still need the right combination of parts. Still, the GA-Z87X-OC Force is right in there with the rest of the pack. 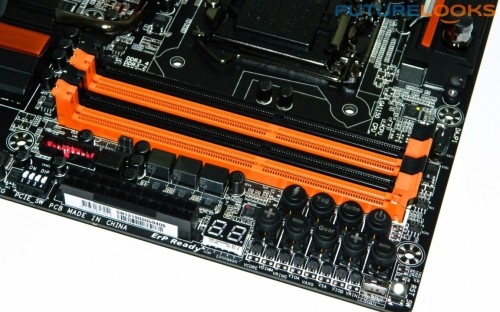 The GIGABYTE GA-Z87X-OC Force is simply an extremely well tuned Z87 motherboard. It has all the necessary tools to push a CPU well beyond safe zones as long as it’s well cooled with something like LN2 or Phase Change coolers. It’s definitely too much platform for high end air and water coolers when fully unleashed. Still, regular enthusiasts will find the Easy Tune and BIOS overclocking presets to be more than enough given Haswell’s thermal limitations. Extreme enthusiasts will relish the detailed manual tuning potential that GIGABYTE engineers built in to the platform. Overall, the platform is rock solid. In this respect, you simply will not be disappointed.

As expected, there is a learning curve as the board requires some bench time to become efficient (or rather, for you to become proficient) at operating it. From a regular end user perspective, there are a couple of minor set up issues around the new App Center. Like for example, that a full install is required in order to utilize the individual software tweaking utilities. It would also be a good idea to bundle it into an all in one software bundle onsite. Still, these aren’t deal breakers by any means, but would add to the overall user experience in a very positive way. Something that we’ve criticized GIGABYTE for in the past.

The GIGABYTE GA-Z87X-OC Force carries a price tag of $389.99 US MSRP and is available from most online retailers. It’s a premium price for a premium motherboard with all the right features right down to WiFi support. This is one motherboard up to the challenge, if you can keep up with its High Performance nature. 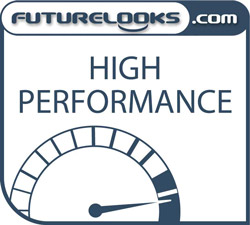