Search
Home
Guides
Prev3 of 5Next 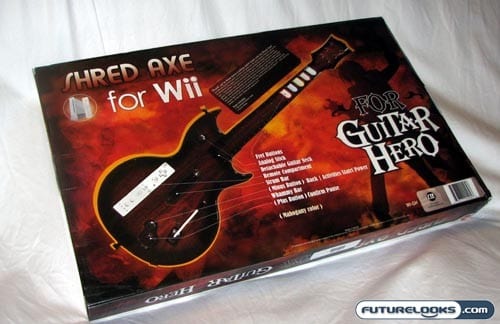 Get ready to rock! One of the hottest genres these days is the rhythm game genre. People just can’t get enough Guitar Hero action, but buying the full band kit can be quite the expensive endeavor. Further still, most retail units only come with one guitar.

For a while there, it was not even possible to buy a second guitar on its own. Filling that void, several third party manufacturers came to the rescue and one of these offerings is the Shred Axe from CTA Digital. Provided to us by Geeks.com, this wireless controller is just as good as the official guitar that comes with Guitar Hero.

In fact, I think it looks even better, because it boasts a faux mahogany finish instead of a plain white one. The build quality is good overall, but the flap that provides access to the Wii Remote slot is a little bothersome.

My main complaint about this Wii wireless guitar is that there is no ridge on the yellow fret button. As silly as it sounds, that little ridge made it a lot easier to know where my fingers were as I rocked out to Metallica and Dragonforce. It’s also a bit off-putting that the fret buttons are white. The Shred Axe would have been even more aesthetically-pleasing if the fret buttons were black or wood-colored. 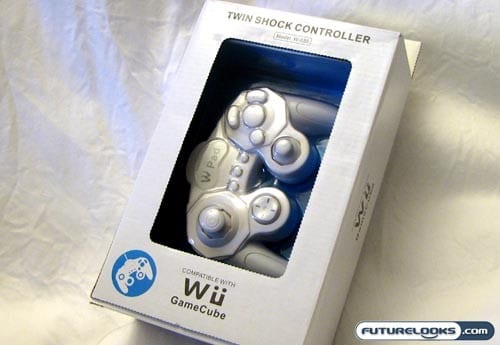 If you’re looking to enjoy some Virtual Console and WiiWare titles on the Nintendo Wii but don’t want to spend the money on a Classic Controller, opting for a GameCube controller can be almost as good. Most Virtual Console games designed for the Classic Controller can also be played with a GameCube controller. This is a great way to keep to your budget while enjoying a similar level of gaming satisfaction.

Looking through the Wii Accessories section on Geeks.com, I came across this generic Nintendo GameCube controller that is clearly being branded to work with the Wii as well. I’m not really sure how to produce that weird umlaut-infused “U” in the logo, but that’s pretty Wii-esque if you ask me. 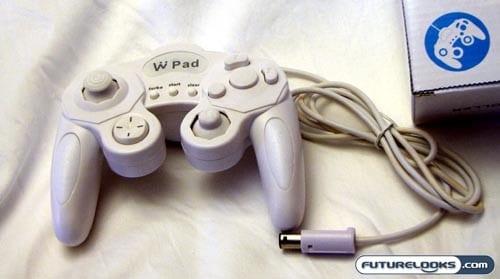 Playing with this controller is no different than an OEM GameCube controller, except the Twin Shock Controller is dressed up in Wii white. As an added advantage, because this controller is wired, you won’t have to deal with another set of batteries. That’s a reasonably green option, I guess, and it only costs about ten bucks.