Right away, I found that there was some heft to the Drobo 5D. That’s probably because the enclosure is not some cheap plastic piece of hardware. It has a metal frame and cover that gives it some pretty good stability. After all, you probably don’t want it knock it over or something when the disks inside are all running. 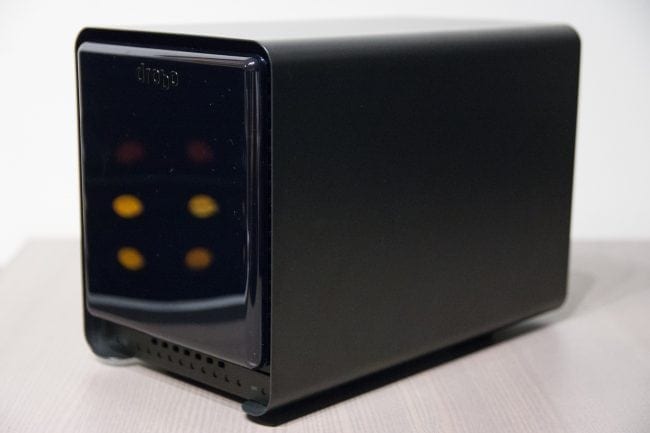 I was impressed by the size of the power supply that the Drobo 5D came with, but I learned something important about that. The Drobo has the ability to stay powered on briefly during a power-outage so that it can properly spin the disks down and shut the unit off properly. You should never just kill the power to hard drives that are reading or writing because that can easily cause drive data corruption and loss, which is what we’re trying to prevent right?

So the big power supply unit I can work with and tuck it somewhere out of the way. The 6-foot cord helps with moving the power supply away from the unit. 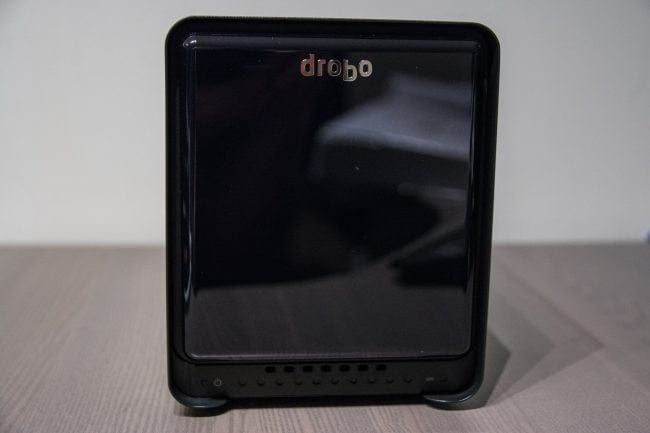 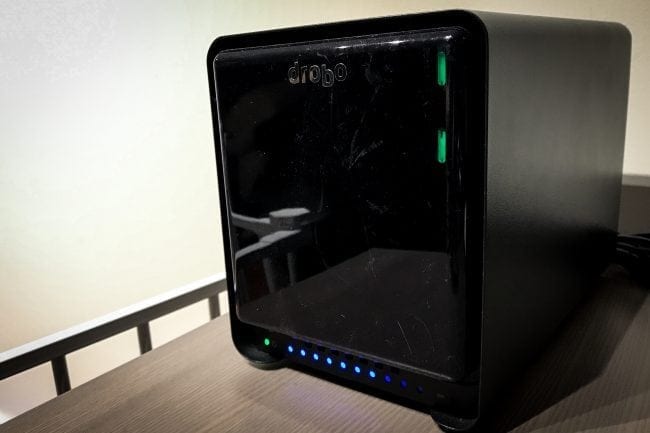 The front of the unit has all the status lights you could need with a unit like this. At a quick glance, a powered-off unit is shiny and black. When the unit is plugged in and configured, there are status LEDs that light up based on what is going on. In the case of my unit, there are 2 drives installed (the 2 green LEDs) and then the current capacity of disk space being used is roughly 70% (the blue LEDs on the bottom).

The single green LED is the power status and what you cannot see is the disk activity LED which is located on the bottom right of the unit. It is very handy to be able to just glance at the Drobo and see its current state. The right side LEDs will change colours as the disk capacity gets closer to being full or if there are any faults found in the drives. 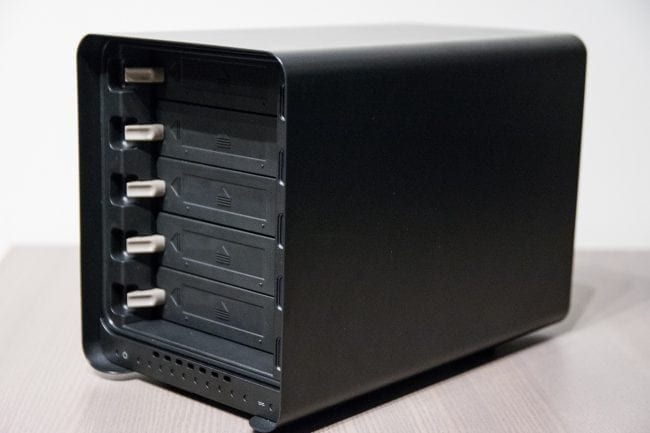 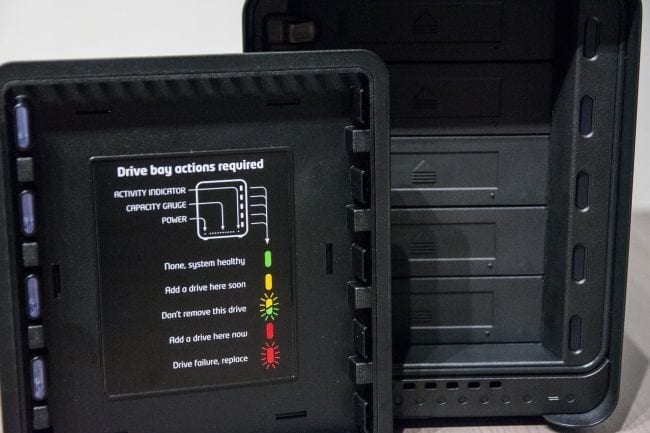 To access the drives themselves, you just remove the front shiny cover. It is attached with small magnets which makes it really easy to remove and put back on. It also explains the status LEDS (on the right of the drive in the above photo) and what they mean. Green = All good! 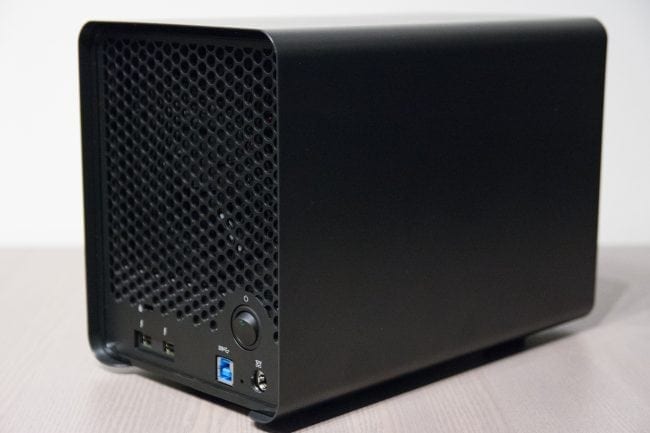 The connections of course are on the back. You’ll find two Thunderbolt 2 ports (one is for daisy-chaining), the USB 3.0 port, the power port and power switch. A nice large fan sits at the back and draws the warm (or hot) air from the drives and out. Five hard drives all spinning at once can generate a little amount of heat, I bet. 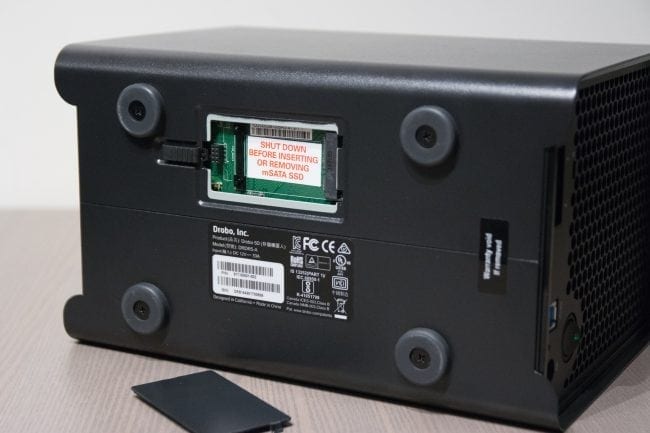