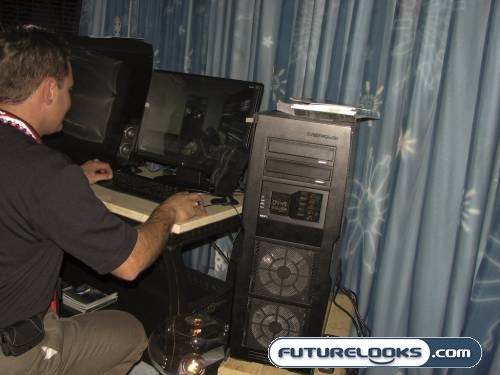 Finally, NZXT. showed off a case called the CS831. This mid-tower ATX case features a construction using 2 – 3mm aluminum sort of like the NZXT. Adamas but far larger. Maybe Johnny will change the name to the “Adamas Ultimate” before launch? The case features dual 120mm front and triple mid 120mm fans. It also features a Single 120mm Rear fan and a Single 140mm top fan. Yes, the fans do indeed glow blue. In addition to that, the generous interior has the ability to house Dual Power Supplies.  You can even install up to eight hard drives into it within the eleven drive bays. 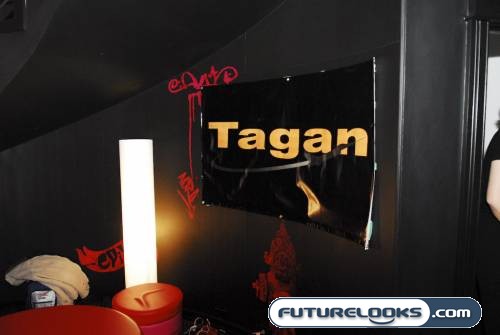 Also partying with us at the CES 2008 Kick Off Party was TAGAN Technology. They also brought along a couple of cool toys to show off… 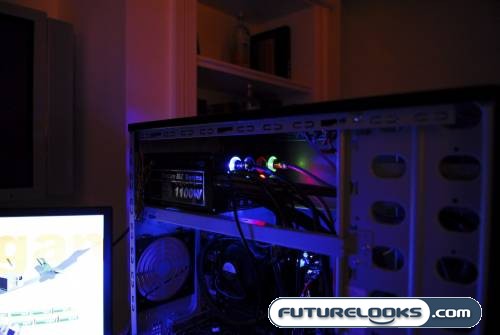 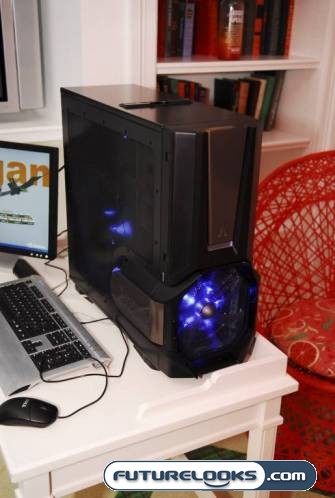 Finally, TAGAN also showed off their CS-EL Diablo BM case that features a massive side mounted 36cm fan and another equally massive 25cm front fan. Although it isn’t a brand new product for TAGAN, based on the response from the VIP guests, it was still a new sight for many people.