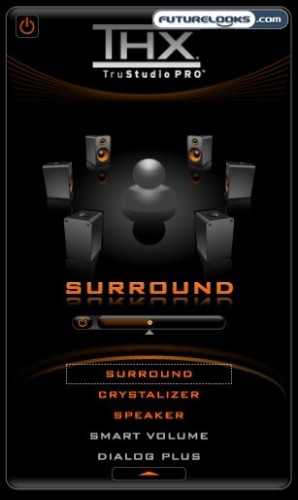 I ran in to some RMAA testing issues with the THX TruStudio bundled software active. The software is designed to add clarity and full channel control when connected to multi-channel audio devices. RMAA just wouldn’t function or properly run tests. So, I ran the tests without anything extra installed except for the audio driver software. Otherwise, the software did come in handy when personally selecting and testing individual channel volumes.

Overall, the audio quality coming from music, movies, and games was clean. However, when nothing was running, there were some ever so faint noises that I would describe as an old school 14.4 modem. This seems to be validated by RMAA seeing that there is very poor stereo cross talk quality. Since the integrated Realtek ALC892 audio codec itself has done very well on other motherboards we’ve tested, this is most like the result of a compromise in design.

Many of the P55 chipset based motherboards out there now already operate pretty darn lean when it comes to power consumption. This is especially true when using default BIOS settings which utilize things like Intel SpeedStep which cuts down on CPU consumption when not needed. Here’s what each system consumed with any conservation software or BIOS settings enabled. 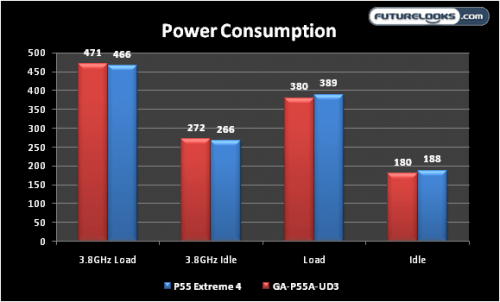 It was apparent that both of these boards are consuming power consistent with a 8-12 Phase VRM. However, the P55A-UD3’s Dynamic Energy Saver 2 software does a little better job at conserving a little extra power. It may not seem like much, but it does help over the long haul. However, that efficiency all goes out the window when overclocking as expected. 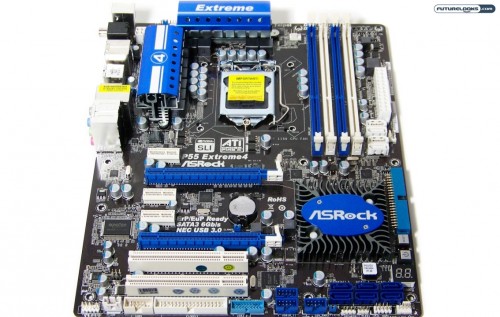 Overall, the Extreme 4 was stable and offered up decent stock numbers. It’s a comparable platform to many of the others we’ve tested only a bit cheaper. That cheaper price means a little less overclocking headroom. Considering that overclocking is just a bonus feature of most motherboards, many users will be fine with getting close to 4GHz with little effort. Also, while the number of overclocking users have increased over the last few years, there are still far more stock users concerned about stability, reliability and features.

While I can look past the overclocking numbers, I can’t really excuse audio performance. It’s not the cleanest quality which was evident during testing and when using high quality headsets. Manufacturers have been doing this for a long time now and should be pros at it. With a little more quality control effort, we’re sure ASRock engineers can remedy the issue. Avid gamers may also be willing to over look this if using a discrete audio card since that’s the way to go when really want better quality audio. The odd placement of the white SATA3 ports near the DIMM slots, or any poorly placed port of any kind, is just a quirk that any do it yourself user would notice.

Again, at $144 USD, the ASRock P55 Extreme4 motherboard is priced right in line with its competition. While it doesn’t offer the highest of overclocking, it offers a few more onboard expansion options than the competition. You’ll just have to decide if that’s enough for your system. In the end though, this board is a great value.