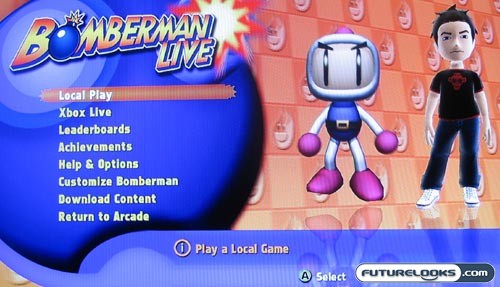 I’ve always been a fan of the Bomberman franchise. While the gameplay mechanic is remarkably simple, the puzzle-styled action game has to be one of the most exciting and addicting titles released since the advent of Tetris. The old formula still holds its strength to today and blowing up friends with far-reaching bombs is as satisfying as ever. 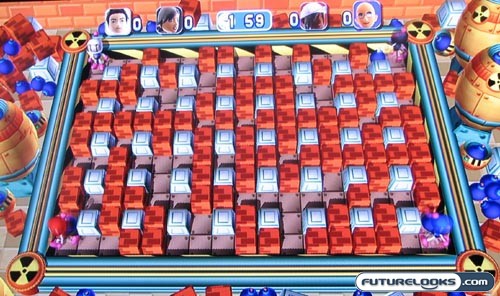 When I heard that Avatar integration would be coming to Bomberman Live on the Xbox 360, I was absolutely thrilled.

Don’t get me wrong. The regular white bomber is pretty cool on its own, but can you imagine being able to run around those incredibly creative arenas in your likeness, dropping bombs and nabbing power-ups? It was a very enticing proposition. Too bad my hopes were absolutely shattered.

Yes, Bomberman Live allows you to make use of your Xbox Avatar, but he doesn’t actually get to enter the explosive arena. That’s still left to the robot-like figure that we’ve known for years. Instead, your poor digital representation is held hostage in a small cell near the top of the screen, next to the other Avatars.

Just like Hardwood Hearts, the Avatars will display some emotions and go through a few motions, but they really don’t do anything to affect the gameplay at all. 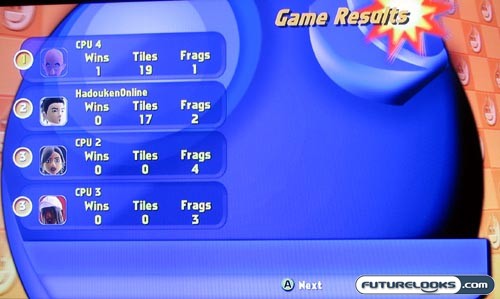 The Xbox Avatar integration does go an extra step or two beyond what you find in Hardwood Hearts. With Bomberman Live, you can see your full-figured Avatar celebrate when he (i.e., you) manages to win a match. He’ll wave his hands in the air and have a big smile on his face.

Don’t get me wrong. Bomberman Live is still a fantastic game, retaining the classic qualities while adding in enough of the new stuff to warrant a purchase, but the Avatar integration is still lacking.