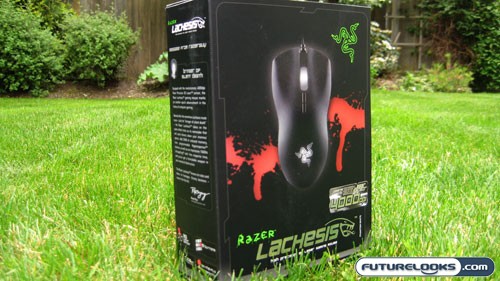 As the “Bringer of Silent Death”, the Razer Lachesis is named after venomous pit vipers found in Central and South America which can strike its victim multiple times at lethal speeds. Now I don’t call myself an avid gamer but I do like to partake in the more recent windows based gaming titles and it will be interesting to see how a true gaming mouse outperforms a regular ol’ optical mouse that I’ve been clutching. Does this precision gaming mouse live up to its namesake?

The Razer Lachesis is made for gamers who need programmable buttons, on the fly DPI settings and swift movement. Being a USB attached device, this mouse will also be impervious to issues such as wireless interference, lag or even the dreaded drained batteries after prolong use; all things that are, frankly, quite useful in a gaming mouse.

Is it a Mouse or a Snake?

The first thing you’ll noticed about the Razer Lachesis is that it does not look like your typical computer mouse, in fact it seems to resemble the head of a viper it you look at it from a particular angle, like the one above. 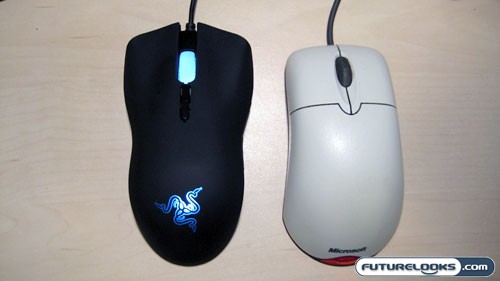 The other notable feature of the mouse is that it is slightly longer than a typical Microsoft Optical Mouse and most regular “office mice” that I’ve handled. 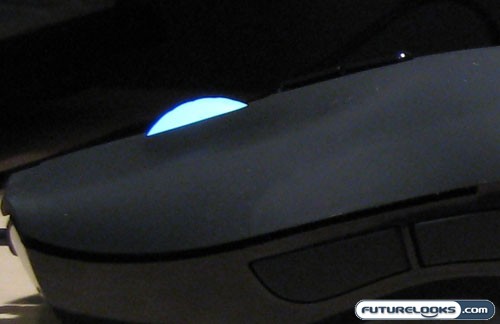 Upon closer inspection there doesn’t appear to be any prominent mechanical mouse buttons. You know, the separate left and right mouse buttons. The body of the Razer Lachesis is a complete, one piece, moulded design that offers enough flexibility so they can use a single piece for a clean and unmarred design. The above picture does show more of that viper resemblance with the glowing scroll wheel representing the eye of the snake. 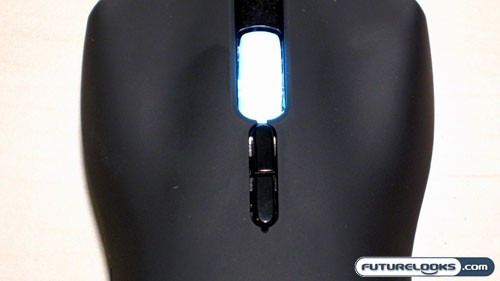 Moving from front to back you will notice the scroll wheel which has 25 click-positions and is illuminated by a white LED. The movement of the scroll wheel is smooth with ever so slight an indent from the aforementioned click positions. Behind the scroll wheel are two black buttons and at the factory settings are set to cycle through the available DPI settings for the mouse. The functions of these buttons can be changed via the Razer software that is included.