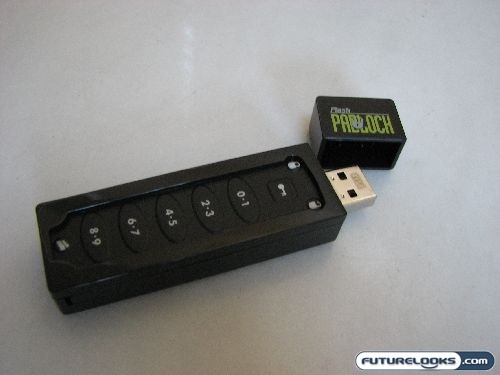 If you’re looking for a nice compact USB flash drive, the Corsair Padlock most certainly does not fit the bill. Compared to something like the OCZ Rally2 or the Sandisk Micro Cruzer, the Corsair Padlock is a relative Goliath. The lack of rounded corners or softened edges adds to its formidable stature. 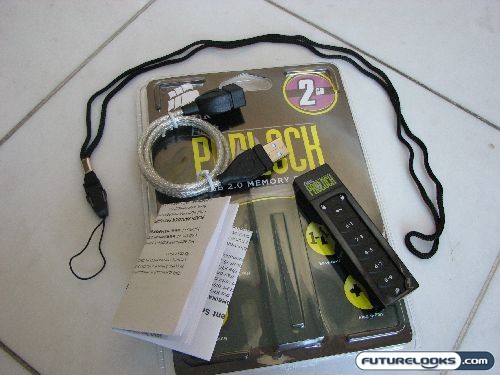 I’m not as impressed with the choice of materials. While the slightly textured soft keypad feels fine, the rest of housing is composed of some rather cheap-feeling plastic. The Corsair Padlock features a glossy black finish and because it is so smooth, you feel like you’re holding a toy and not a tough business-protecting device. It’s solid and the seals are great, but that still doesn’t dispel the impression of cheapness. 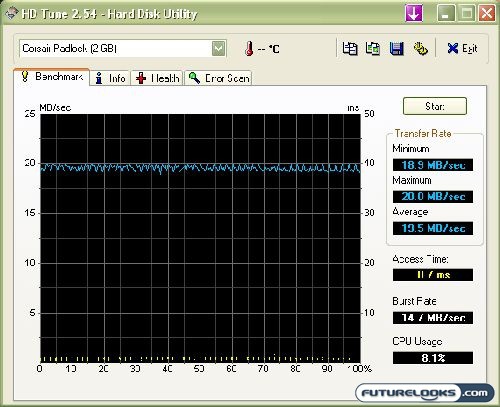 Based on the benchmark provided by HD Tune, the Corsair Padlock USB Flash drive is a solid performer. The data transfer rate fluctuated between 18.9MB/sec and 20.0MB/sec, coming out with an average of 19.5MB/sec. The burst rate was slightly less impressive at 14.7MB/sec, but the access time is quite good at 0.7ms. All in all, the average consumer will be quite happy with how this drive does in terms of moving data around. If you really want something faster, but can do without security, Corsair’s Voyager GT might be better suited for you.

In a real world test, the numbers differ quite a bit more. The write speed appears to be substantially slower than the read speed, because there is a substantial difference between the time it took to dump a file onto the drive and the time it took to take a file from the drive. Sending a 700MB video file to the Corsair Padlock took 1 minute and 38 seconds. This works out to an approximate data transfer rate of 7.14MB/sec, a far cry from the rate evidenced by HD Tune. 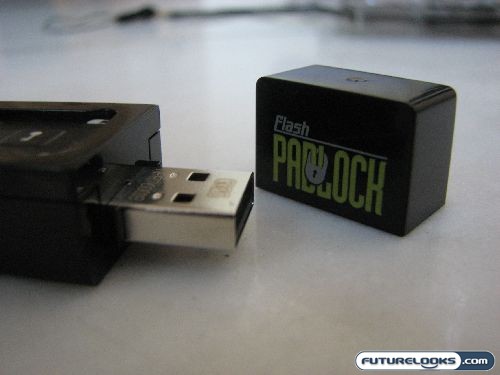 By contrast, when a file was taken from the Padlock and written onto the computer’s hard drive, the same 700MB file took a mere 37 seconds. That works out to a rate of 18.92MB/sec, right in line with the HD Tune benchmark. As you can see, reading and writing is very different on this drive. To compete with the big boys, Corsair is going to need to up the ante in terms of write speed. 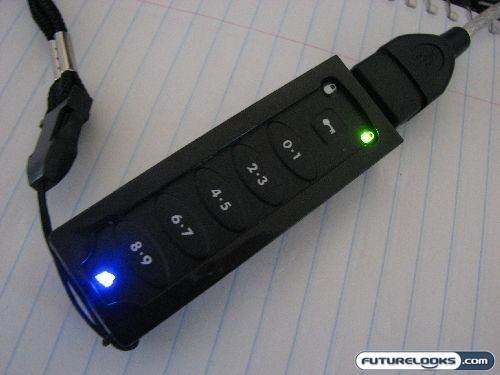