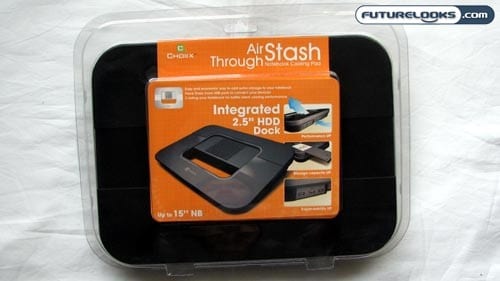 From the outside looking in, most people would assume that the vast majority of notebook coolers are much the same. There are some that come with fans and some that do not, but that’s about it, right? Not exactly.

Just as we are moving toward convergence in the mobile phone world, the same can be said about notebook coolers. One of the most versatile offerings in this realm is the Choiix Air Through Stash Notebook Cooling Pad, a product also known by its less memorable C-HL04 model name. Its core feature may be its cooling, but it does so much more than keep the temperature down. 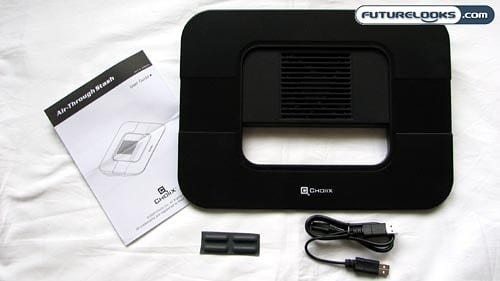 Compatible with notebooks up to 15-inches in size, the Choiix Air Through Stash is said to be an “easy and ergonomic way to add extra storage to your notebook.” That’s because in addition to the single 80mm fan in the middle for cooling, this product also comes with an integrated 2.5″ hard drive (or SSD) dock.

The Air Through Stash utilizes a simple plastic and rubber design, and the functionality is further expanded with the inclusion of a three-port USB hub on the back. It’s available in your choice of black or white and it’ll work with SATA II hard drives as big as 500GB.

The box contents are remarkably simple, giving you a single instruction sheet, rubber grips, and a USB Y-cable, in addition to the cooling pad itself. Even though there is a DC power outlet in the back, no wall adapter is provided. 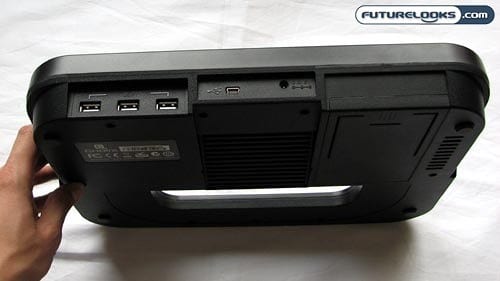 One of the pitfalls that you’ll need to overcome with a laptop-only experience is the lack of USB ports. This is especially true if you want to make full use of the Choiix Air Through Stash, since it comes with a USB Y-Cable that will take up two of your notebook’s ports.

Thankfully, there is a three-port USB hub on the back of the Air Through Stash, giving you the space you need for added expansion. This is great for when you’re on the road, since you can use these ports for flash drives, webcams, and other peripherals.

Since the ports are located in the back, they’re not really as accessible as they could be. This isn’t a big problem if you’re using it for a Bluetooth adapter or a wireless receiver for an external mouse, but it can be an issue when attaching flash drives on the go. 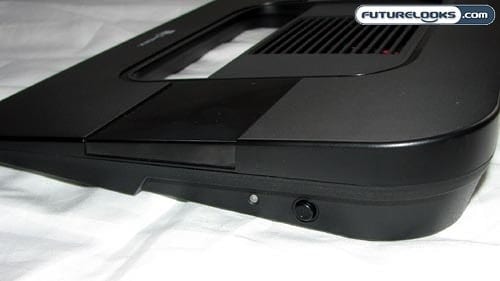 The active cooling comes by way of a single 80mm fan. Because this is a slightly larger fan, it doesn’t spin quite as quickly and, as such, noise levels are kept to a minimum. Unlike the highly adjustable fans of the Vizo Ninja HS, however, the fan on the Air-Through Stash has a fixed position.

The single fan is placed right in the middle. The design may lead you to believe that you can shift the middle portion backward and forward, but this is not the case. I would have preferred some level of adjustability, since the “hot spot” on laptops can vary considerably.

On the plus side, there is a power button to turn off the fan when it’s not needed. On the down side, you cannot adjust the fan speed.