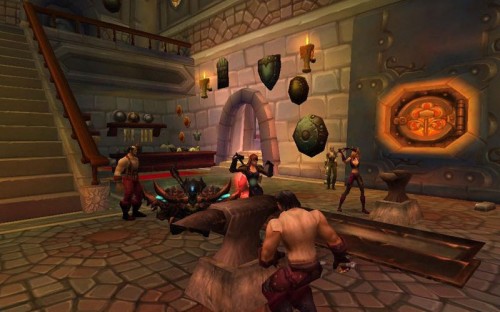 It’s stories like this that make feel like I’m 72 instead of my actual age. It turns out that many gamers are now taking their achievements in online games like World of Warcraft, and trying to sell them as marketable job skills on their resumes and LinkedIn profiles. While trying to run a guild, train and manage players, and balance out your character class seem like they’d transfer into the real world, I’m left to wonder how the corporate hiring managers seeing this new trend are taking it.

It shouldn’t be a secret anymore, the broad appeal that World of Warcraft has. The game attracts age groups from Romper Room to retirement, and pulls from all walks of life. Even celebrities like Mila Kunis are known to get into the game. With that in mind, I’d imagine there’s more then a few hiring managers out there who take some time off the clock to roam the lands of Azeroth.

Turns out, I’m on to something with that assessment. While our source article talks to a few hiring managers, two stuck out in particular. First was the former vice president of innovation at IBM Françoise LeGoues. He’s was paraphrased as saying gamers can thrive at firms like IBM, where employees must collaborate with colleagues anywhere in the world, often without having met in person. The second was Peter Morris, a 50-year-old regional sales executive at New York-based analytics software provider Information Builders. While he is an avid player of World of Warcraft, he has warned fellow gamers against putting their game achievements on their resumes, saying that make believe achievements may not translate to real world results in the minds of many hiring managers.

WSJ further cites some academic studies showing that your gaming personality and real personality may be more similar then you think. While that may be true, I’m still on the fence about the idea of listing gaming successes on my resume. I just can’t see applying for a HSE position in a machine shop by talking about how I can reliably save a raid group from a wipe. Kids these days…