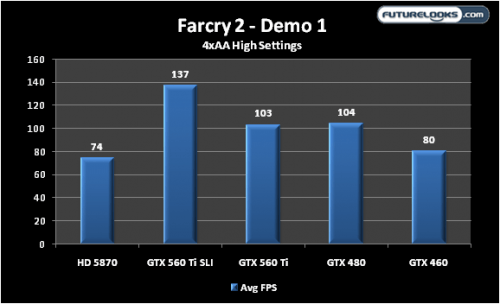 This is a nice surprise. After running the benchmarks a few extra times, the GTX 560 Ti kept up with the GTX 480. It could be drivers or the settings, but there’s plenty of frame rate to go around. And, of course, SLI performance is uber sweet all around. 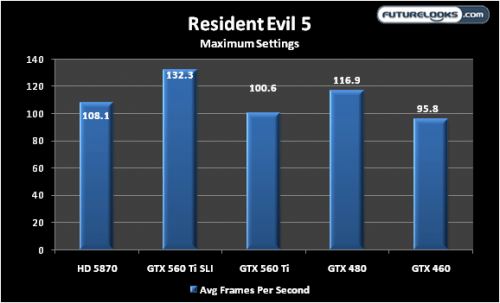 It looks like DX10 performance is leveling off pretty well here even when using SLI. This game title just about runs on anything especially in the benchmark. The ATI HD 5870 actually does well here. Wonder how they all do in DX11 games?

Since this is a DX11 friendly card, we’re adding more benchmarks. It’s a free demo and will probably show up more often. Unfortunately, it won’t run on DX10 or DX9 video cards. 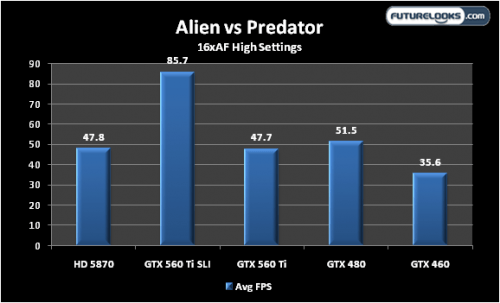 The GTX 560 Ti is a very lean DX11 card as we see here. It keeps up with the HD 5870 and almost with the GTX 480. SLI performance is just excellent. This is a very healthy scale up for a pair of cards. 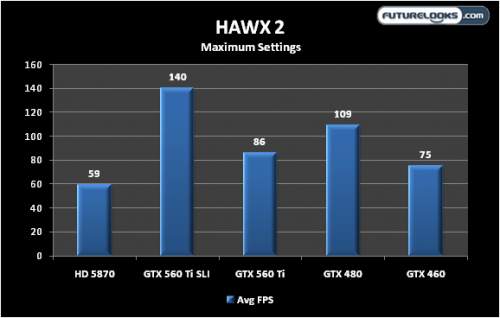 If you haven’t seen HAWX2 with Tessellation turned up, you’re truly missing out. Fortunately, NVIDIA video cards seem to have no problem producing playable frame rates. The AMD card has a harder time for some reason, probably due to driver optimizations. The GTX 560 Ti really seems to be tuned for the DX11 titles. 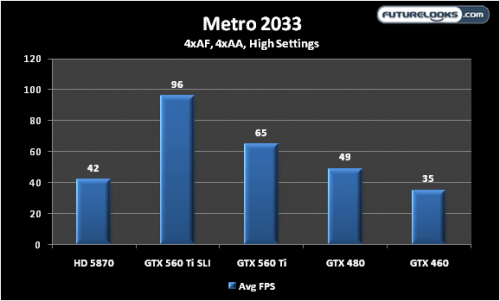 Metro 2033’s intense first person shooter action details can force frame rates to hit below 30 during benchmarks and regular game play. It’s nice to have the GPU power to prevent that from happening. The GTX 560 Ti once again impressed me with a healthy 65 FPS average. In SLI, it tops 100 frames which is really sweet to see. 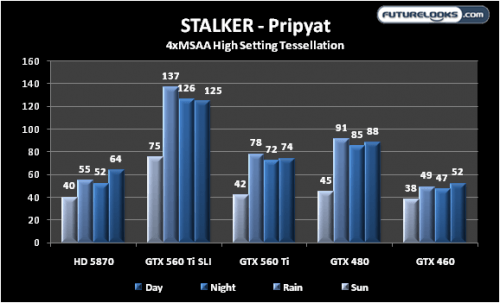 Here we see what an extremely detailed video game does to performance video cards. The GTX 560 Ti is a huge improvement over the GTX 460 and HD 5870. But, as you can see, SLI action scales pretty nicely leaving the GTX 480 in the dust.