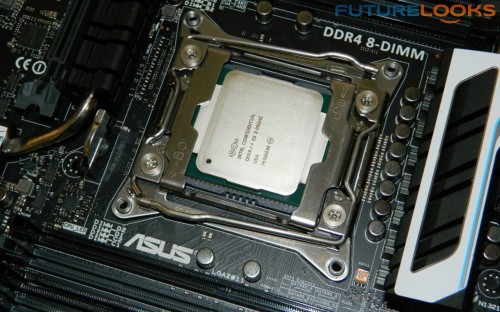 Naturally, benchmarks were selected to primarily focus on the processor. This includes benchmarks that simulate projects like rendering, calculations, encryption, transcoding, and a couple games that benefit from multi-core processors. However, those kinds of games typically only show a minor improvement, but we’ll see if there’s anything tangible. 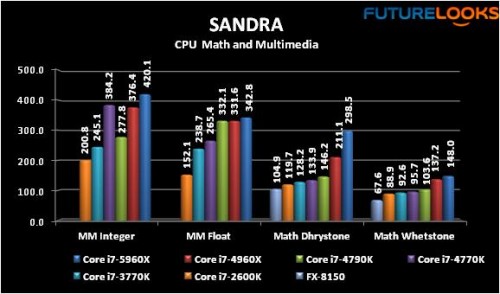 Starting off with SANDRA CPU tests, the Core i7-5960X is the most powerful CPU to date, despite the lower frequency 3.0GHz cores. The threads make up the difference immensely. 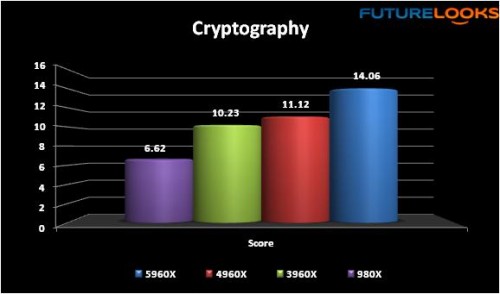 Only the hex and octo-core processors are shown above. While frequencies and core counts seem to be the MVPs of the benchmark, it’s also the latest instruction sets that give the Core i7-5960X a very strong cryptography score.

After running the benchmark several times, it’s evident that 8 cores are well fed by the integrated memory controller. A slight frequency increase to the Corsair Vengeance LPX memory to 2400 MHz actually increased bandwidth to 52.5 GB/s. More on that later when we put some higher end modules to the test. 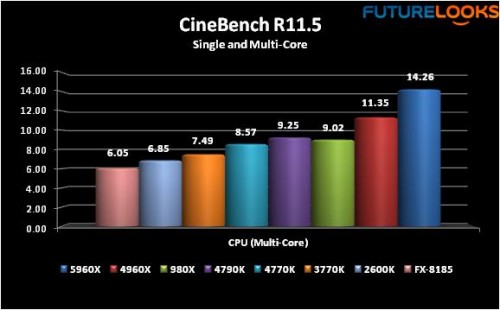 Including R11.5 one last time, we wanted to show you where the Core i7-5960X lands in terms of CPU rendering performance. It certainly is the king of this benchmark by a large margin. 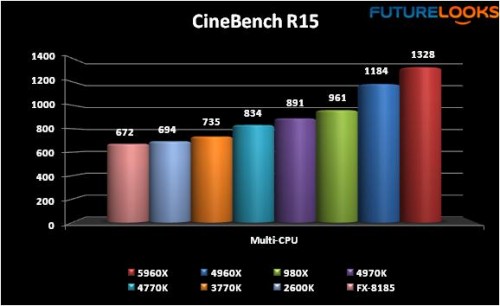 In the R15 benchmark, we see similar performance as the Core i7-5960X makes light work of the rendering program, pulling away from the rest of the pack. Rendering programs that take advantage of as many threads as it can get, will always benefit from more cores and threads.