Search
Home
News
Prev2 of 8Next

Day One – Setup and Opening Ceremonies 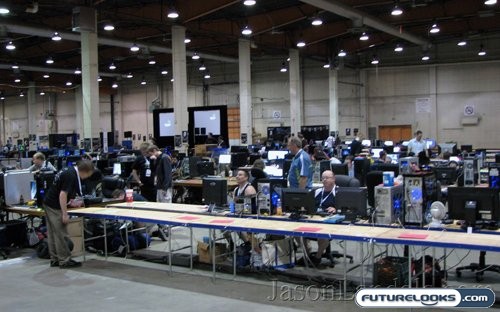 Day One starts bright and early at 9AM on Thursday with everyone arriving for registration and setup. This year Edmonton experienced a small heat wave during the weekend of the event with temperatures outside quickly hit 32°C so things started a little brighter then everyone was expecting. Luckily a pre-registration was held the night before, and the morning registration was handled extremely well. This allowed people to quickly escape the heat of the main foyer and retreat to the air conditioned interior of the Northlands Sportex. 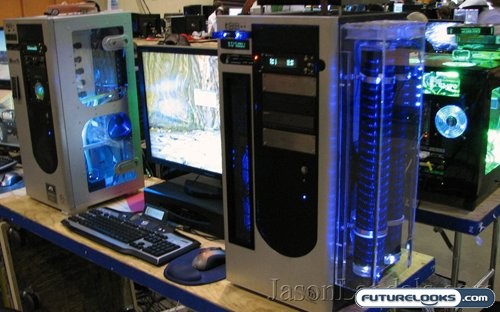 Now at 9AM there still isn’t that much gaming action going on. Only about half of participants have arrived, and only a few servers have been setup for a few games. This gives one a perfect attempt to take a walk around, meet up with old friends, and check out some of the modded rigs that have been setup. Fragapalooza hasn’t hosted a mod competition in a couple years, so you don’t see things as crazy as the Keg O’ Chaos or the Tire Computer anymore. Still there are some wild looking over the top computers to be checked out but it is possible that Futurelooks may help bring that back for next year. 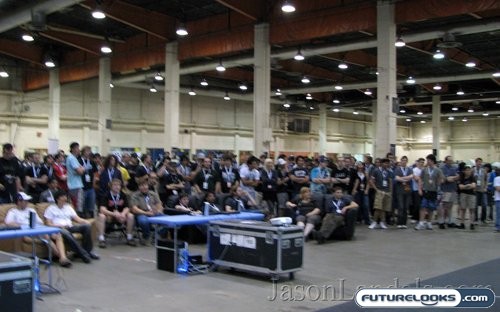 Around 7:30PM, once a decent number of people have arrived and settled in, the opening ceremonies start. This is where the staff of course welcome everyone, setup what’s happening with this year’s event, and let a few of the sponsors share some words with the crowd. I was finagled into getting up on stage, and was able to eek out a quickly improvised welcome message out before handing things back over to the experts. 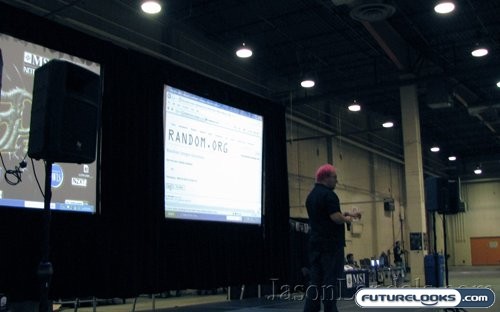 During the opening ceremonies, staff and presenters (myself included) were throwing coveted Intel pillows into the crowd. However, after the speeches, it was time to give away some real swag. Every year, Fragapalooza awards their early registrants with some sort of prize. This year the first 200 people to register were eligible to win an NVIDIA based video card, and the first 400 were eligible to win an Intel processor. After it was all over and the free stuff awarded, it was time for everyone to get their game on.