How does one rate a gaming mouse’s performance? Well, there’s really no set standard so a method to my madness had to be devised. GIGABYTE’s new GP-MP8000 Gaming-grade Mouse Pad and Razer Destructor Pro Gaming Mouse Pad were utilized as the test surfaces of choice. Both have proven to be a very good gaming surfaces for 1600 or higher DPI high-performance mice. Three gaming mice entered the ring: the Logitech G5, G9, and Razer Lachesis. This is where things got interesting. 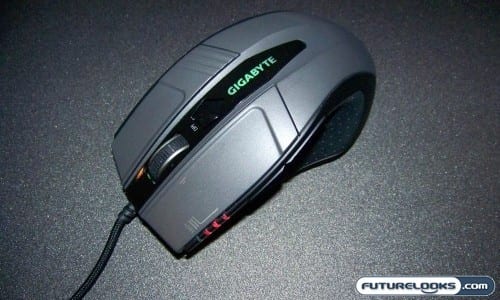 The M8000 immediately blew past the G5 and G9 due to their lower DPI features with the exception of the G5 which still feels comfortable to use. The G9 is a bit more cumbersome and doesn’t feel very “gamer-like” and doesn’t offer more than 3200 DPI. This was more evident when attempting any fine tuned in-game action such as sniping at 1900 x 1200 resolutions.

It seemed that the Razer Lachesis was the only mouse to give the M8000 a run for its money. It matches the M8000 in terms of DPI performance and comfort due to its elongated frame. Control between the two was every so slightly better in favor of the Lachesis on the Destructor surface, but even on the “Ghost Pad” it prevailed. Games like Battlefield 2 and Call of Duty 4 require quite a few player control settings which means lots of keyboard bindings. Having the options to program macros on both mice comes in very handy.

In the end, many a sniper paid the price when using both performance mice. It was the aggressive shape of the M8000 that really made super, fine precision movements easier. A little extra help from the finger grips made that all possible requiring less hand movement. It’s safe to say that you can expect an improved gaming experience while using a 4000 DPI mouse. 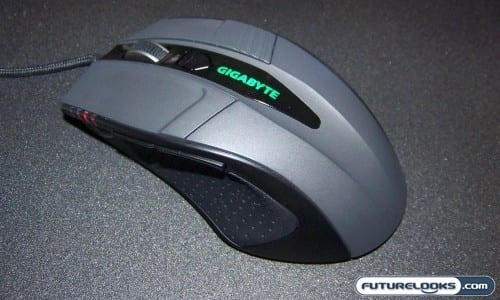 Mouse design seems like a pretty trivial thing until you’re about 15 minutes in to a game. This is a lesson that we hope that Microsoft learns from their rather uncomfortable Microsoft Sidewinder Mice. Also, just about any first person shooter game will quickly help you decide whether or not a mouse really is a “gaming” mouse. This is especially true if the game requires a lot of precision movement which ultimately puts the mouse and its DPI quality to the test. It was then that I began to appreciate the tactile nature of the GIGABYTE GM-M8000 Gaming Mouse. No matter what the objective, it does its best work at 4000 DPI and does so quite well.

What adds the finishing touch to the GM-M8000 is the GHOST Engine software that’s included. Being able to  fully configure the mouse buttons to my own preferences was especially handy with highly configurable games. And, being able to switch the “4-speed DPI transmission” on the fly is all the more handy when messing around with Photoshop to clean up the mouse photos in this review.

It’s tough to pick a winner if you’re expecting one. The Razer Lachesis has that special gamer theme and pedigree whereas the GM-M8000 has a more conservative yet space aged look. Two things break the tie and that would be the GHOST button programmable software and the price.

Measuring in at a modest $49.99 versus the Lachesis at $79.99, the GM-M8000 truly stands out as a great value. You get 4000 DPI performance and extra programmable buttons. The best part is that it’s comfortable which will obviously lead to more hours of gaming fun.