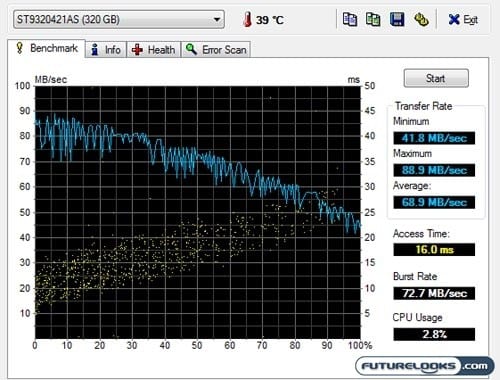 Using HDTune, we found that the 320GB 7200rpm hard drive performed as expected. The data transfer rate ranged from 41.8MB/sec to 88.9MB/sec with an average of 68.9MB/sec. The burst rate clocked in at 72.7MB/sec with an access time of 16.0ms. Since the platter goes at 7200rpm, you can expect better performance than a 5400rpm drive, but battery life will suffer accordingly. It compares fairly well to the Seagate 7200.4 series but is nowhere near as fast as an entry level SSD. 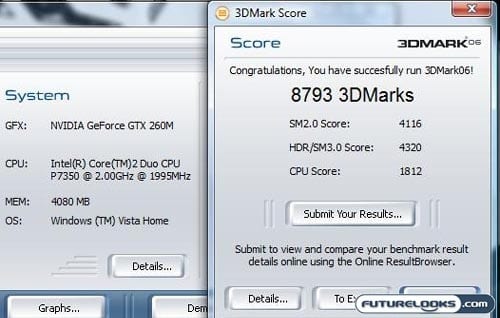 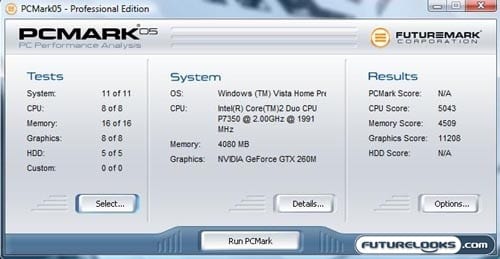 And on the PCMark05 front, I thought I was able to run the full gamut of tests, but a total PCMark score could not be calculated. That said, you can still see the CPU score of 5043, memory score of 4509, and graphics score of 11208 above. The graphics score is particularly impressive and you can thank the GeForce GTX 260M for that. The other scores are comparable to other similarly-spec’d machines from other companies. 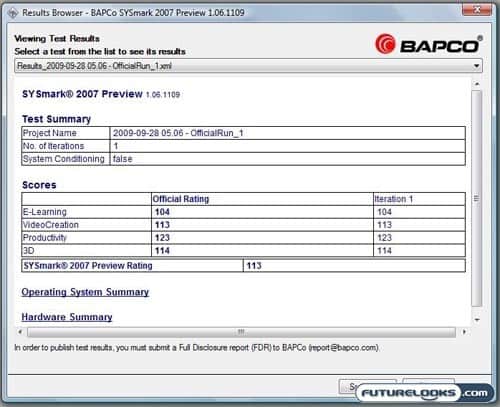 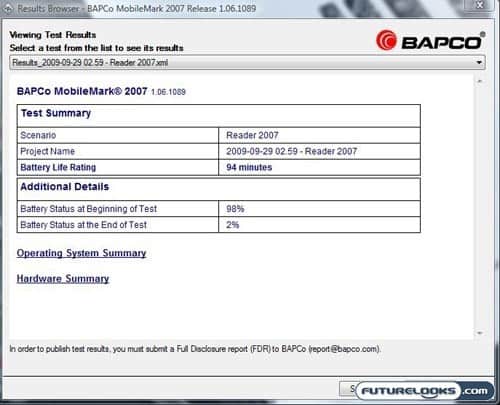 Regarding battery life, I ran the Asus G51Vx through the Reader 2007 scenario in MobileMark 2007. This is meant to simulate the reading of a PDF document, flipping through pages periodically. Using this test, the notebook battery lasted a total of 94 minutes. That’s far from what an ultra-portable can achieve, but you have to realize that you’re getting a bigger screen and a much more power-hungry GPU.