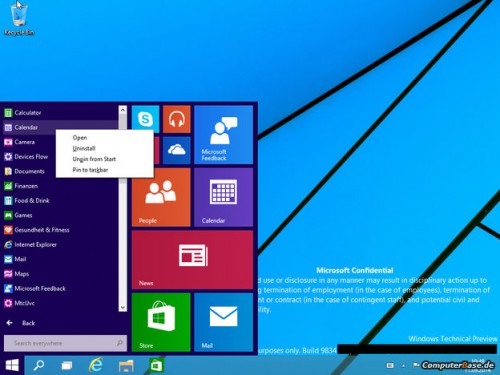 It’s only a matter of time before the newest version of Microsoft’s operating system invades PCs all around the world. We already know that it’s going to be some strange combination of Windows 7 and Windows 8 elements mashed together, but the latest batch of leaked Windows 9 screenshots are showing off some of the other new features to be found in the upcoming OS.

A whole series of Windows 9 screenshots have been leaked by a German website and they depict the Windows Technical Preview. This is the version that should be formally revealed to the world within the next few weeks. We can see how the Start Menu will still retain many of the main elements from Windows 7 (with a Windows 8 icon and font flair), but there’s also the Metro UI live tile thing going on at the same time. Some windows, like the file explorer, look like Win7, but the PC settings window looks like what you get with Windows 8 charms. So, it’s both and neither.

Given our growing familiarity with smartphones, it looks like some of those mobile elements are making the jump too. The Windows 9 screenshots show off a quick access “search” button next to the Start button, for example, as well as a notification center in the system tray toward the bottom-right corner. 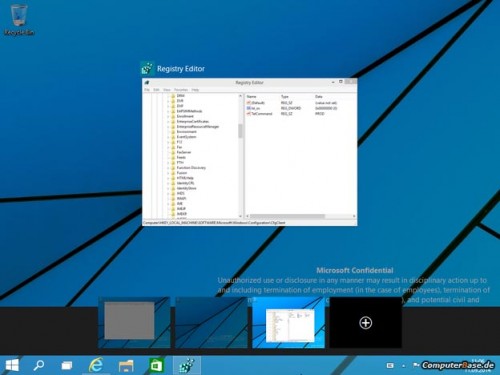 One of the most exciting features is the rumored virtual desktop, which you can see above. That borrows from what we already see on the Apple side of things with OS X and it should help to provide added functionality and utility to the Windows 9 environment. How it is implemented on both touch-enabled and non-touch devices remains to be seen.

So, what do you think? Is Windows 9 everything you wanted it to be and more?