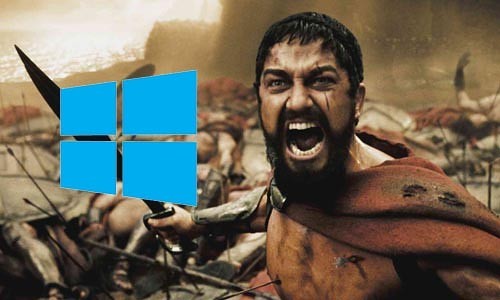 A lot of people I know have a particular distaste for Internet Explorer and they’re certainly not alone in that sentiment. We’re far more likely to use something like Google Chrome instead and Microsoft knows it. Now, there’s word that Microsoft is finally going to do something about it in Windows 10 by effectively killing IE and replacing it with a web browser codenamed “Spartan.”

There are at least two conclusions we can glean from this little leaked bit of information. First, the assumption is that the new web browser will be more “Spartan” in nature, meaning that they put a greater emphasis on functionality than on visual appearance. Second, they’re just continuing with those Halo references, following the Cortana digital assistant. Yeah, those Spartans, not the ones with King Leonidas.

According to current rumors, the Spartan web browser will be more of a lightweight client and, like Chrome and Firefox, it’ll come with extension support for added third-party features… which I suppose makes it a little less Spartan. Funny how that works. In any case, we’re hearing that Internet Explorer will be around for legacy purposes, but the primary new browser in Windows 10 will be Spartan.

With over a million people testing the Technical Preview, I’m sure we’ll get a glimpse at the new browser before the final retail launch some time in 2015.