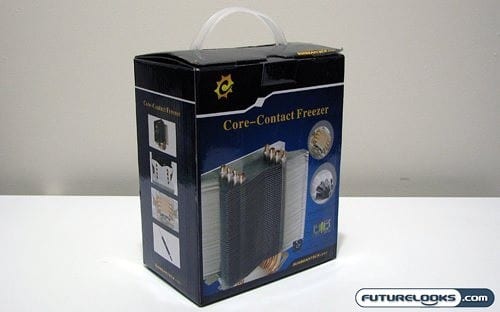 Since the dawn of the era of performance computing and overclocking, cooling manufacturers have been exploring every avenue to keep a CPU cool using air. Those that were around should remember the Alpha P125, and since then there’s been a whole host of cooling options released. We’ve seen more fins, different materials, weird shapes, and just simply huge coolers. Sunbeamtech took a look at all these elaborate mechanisms, and then looked in their own barn at what they had wrought, and decided to do something simple that should cool very effectively. 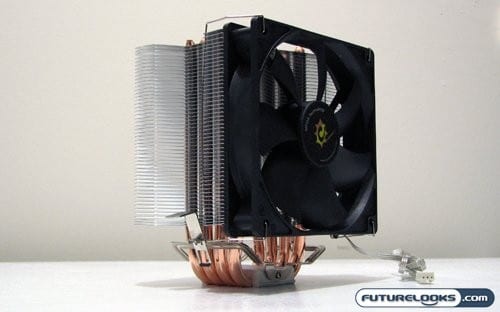 The cooler they created was the Core Contact Freezer. Rather then go with some exotic material or some huge and elaborate fin design, Sunbeamtech decided to just interface the heatpipes directly with the CPU. There’s still lot’s of fins, but the heatpipes coming in direct contact with the core (core…contact…it’s pretty self explanatory) are the main feature. As for the rest of the specs, this is how they break down.

These are taken direct from the product home page on Sunbeamtech’s website, and yes they actually include that first item in their official specs. The best CPU cooler? That’s a rather boastful claim, and we will be putting that to the test later on.

As for pricing, the Core Contact Freezer can be had for as little as $39.99 USD on popular sites like Newegg.com. This puts it a price point lower then offerings from Zalman and Noctua, and at the same price as some of the mid-range coolers we’ve reviewed before. To add to the value, Sunbeamtech has also released a new Socket 1366 adapter for those lucky few with a new INTEL Core i7 system, making it a pretty good investment if you want to continue to use this cooler in the future.

So does cooler perform beyond it’s price point, or is it a cold stiff? We’ll find out after taking a closer look at the cooler itself. But first, let’s peek inside the box. 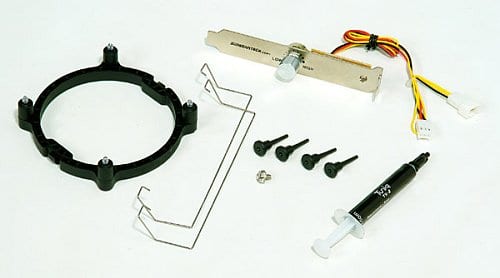 Though the retention clip should work on all sockets, it does need some mounting hardware to make that happen. For folks using AMD processors based on the AM2 and AM2+ socket, the clip should work with the existing AM2 retention clip already present on your motherboard. Intel users on the LGA775 socket will need to install the black retention ring onto their board, and then clip in the Core Contact Freezer cooler.

In addition to the mounting hardware, Sunbeamtech also includes some handy accessories with the Core Contact Freezer. I had mentioned the 120mm fan installed on the cooler is a variable speed model; the rear slot based control dial is what controls that speed. Also included a tube of Tuniq TX-2 thermal paste, which is light-years better then the white thermal grease you see with some CPU coolers.